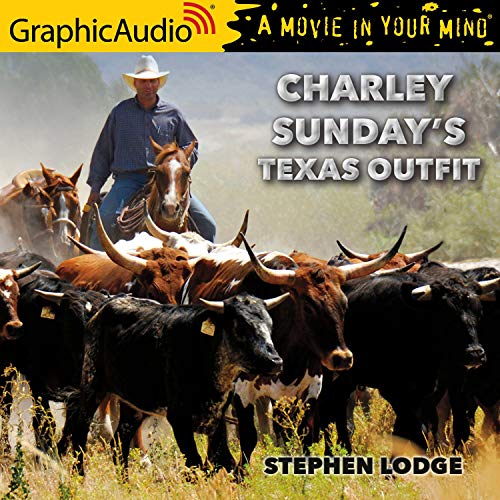 "Take them to Texas, gentlemen!"

In a day and age where reliance on cellphones, computers, cable, and fast food is essential, how many people actually have the chance to step back in time to experience a bit of our Western heritage? Charley Sunday's Texas Outfit!, a lighthearted, present-day yarn for the entire family, offers a unique glimpse into our Western history.

Charley Sunday, a sensible, sober-minded Texas grandfather, imparts the American Cowboy legacy to his only grandchild as he and several of his grizzled cronies concoct a 1,000-mile longhorn cattle drive across 21st Century America. Four leathery cowboys, one insightful Indian, two strong-willed women, a two-gun oddball, a dog, and a little boy make an unlikely team as they trek from Colorado to Texas, continually running up against the forces of corruption. Finding salvation from the most unlikely sources, this rip-roarin' tale of faith versus greed will touch your heart, and take you back to a time where the lines between right and wrong were defined by bravery and honor.