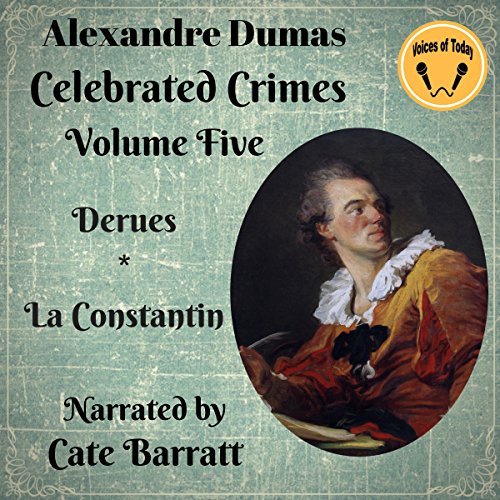 The prolific Alexandre Dumas, père, first published his famous eight-volume crime series in Paris in 1839-40. It contained 18 stories, which, as the author notes in the introduction, had “the added value of giving the modern reader a clear picture of the state of semi-lawlessness which existed in Europe, during the middle ages.”

In Volume 5, Dumas relates the lengths to which Antoine Derues will go in his pursuit of money, and the consequences of the dark works of Marie Leroux and her partner Claude Perregaud.