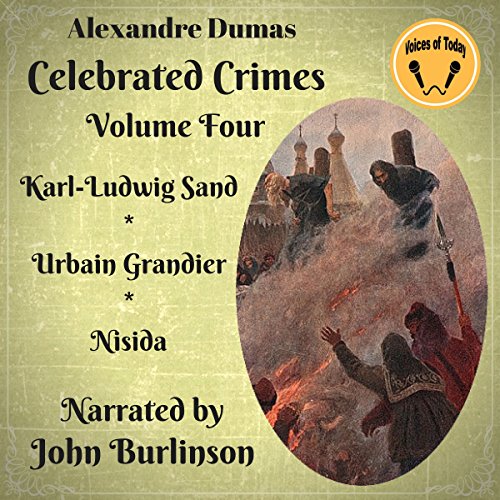 Alexandre Dumas, père, first published his famous eight-volume crime series in Paris in 1839 to 1840. It contained 18 stories that, as the author notes in the introduction, had “[T]he added value of giving the modern reader a clear picture of the state of semi-lawlessness which existed in Europe, during the middle ages.”

In Volume Four, Dumas relates the 1819 murder of German dramatist August von Kotzebue by Karl Ludwig Sand, the campaign to destroy Father Urbain Grandier in 1634, who was successfully convicted of witchcraft and put to a brutal death, and the consequences of the amorous relationship between the prince of Brancaleone and Nisida.