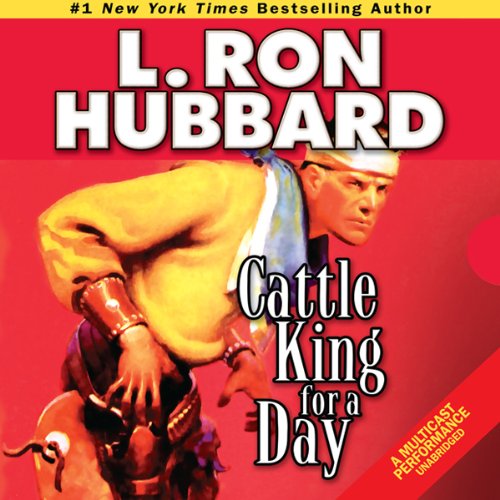 Cattle King for a Day

Forged in the hot sun and sand of the Arizona desert, Chinook Shannon is as tough as they come. But Chinook is far from home—in the north country of Montana—and facing a challenge as big as the territory itself.

Following his grandfather’s suspicious death, he’s come to Montana to claim his inheritance—the family’s cattle ranch. But the territory’s crawling with bandits and bankers, and they all want a piece of Chinook’s land.

With foreclosure hanging over the ranch, Chinook’s got exactly twenty-four hours to find out who killed his grandfather and become the Cattle King. He’ll follow a trail of forgery, cattle rustling and murder to find the truth, knowing he has only one ally—his Colt Peacemaker.

Also includes the Western adventure “Come and Get It,” the story of an Easterner who comes to Wyoming to find out who killed his father—but discovers that the only way to get justice is to cook up a new identity for himself.

Treat yourself to a royal good time as the audio version of Cattle King for a Day carries you away to the north country of the Wild West.

“The stories are loaded with a full cast ... their voices sound genuine, and the excellent effects contribute to creating a more fleshed-out story.” —Publishers Weekly