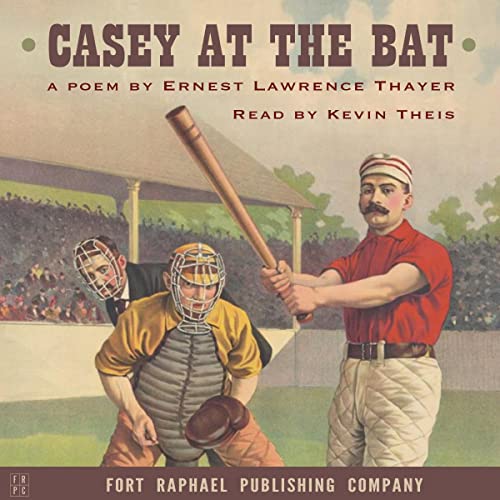 Casey at the Bat

Considered the greatest baseball poem of all time, "Casey at the Bat" is the beloved tale of the Mudville Nine, a hapless baseball club entering the ninth inning of a ballgame trailing by two runs and with little hope of succeeding...unless their star slugger Casey can manage to get a turn at the plate. The outlook is grim but...when the two players preceding Casey manage to get on base, the stage is set for a grand finale, giving the citizens of Mudville hope that their hero can save the day!

Ernest Lawrence Thayer originally wrote this poem for the San Francisco Examiner and it would go on to become what Baseball Almanac called "the single most famous baseball poem ever written."

It is here presented in its original and unabridged form with music and sound effects to bring the listener right into the ballpark!