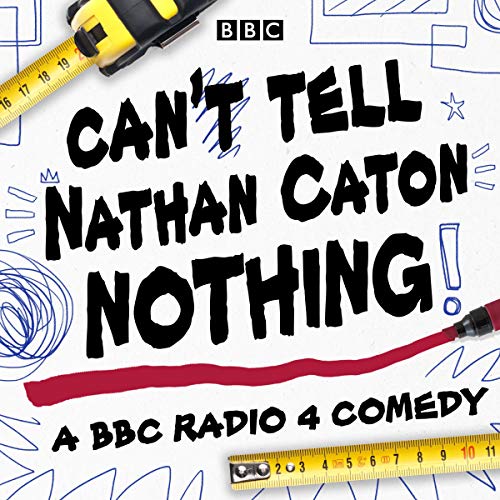 Can't Tell Nathan Caton Nothing tells the story of young, up-and-coming comedian Nathan Caton, who becomes the first in his family to graduate from university - only to opt for a career in comedy - much to his family's annoyance who want him to get a 'proper job' using his architecture degree.

Can Nathan persuade his family to support his career choice?

Janet a.k.a. Mum is probably the kindest and most lenient of the disappointed family members. At the end of the day she just wants the best for her son. However, she'd also love to brag and show her son off to her friends, but with Nathan only telling jokes for a living that's kind of hard to do.

Martin a.k.a. Dad works in the construction industry and was looking forward to his son joining him to work together in the same field. But now Nathan has blown that dream out of the window Martin feels he has to get Nathan back into getting a real job.

Grandma cannot believe Nathan turned down architecture for comedy. She didn't leave the paradise in the West Indies and came to the freezing United Kingdom for a better life so that her grandson could 'tell jokes!' How can her grandson go on stage and use foul language and filthy material...it's not the good Christian way!

So with all this going on in the household what will Nathan do? Will he persevere and follow his dreams? Or will he give in to his family's interference? Or will he finally leave home?!

This is the complete collection containing all three series - each episode is designed to show the criticism, interference and rollercoaster ride that Nathan endures from his family as he pursues his career against their wishes. The series is a mix of Nathan's stand-up intercut with scenes from his family life.