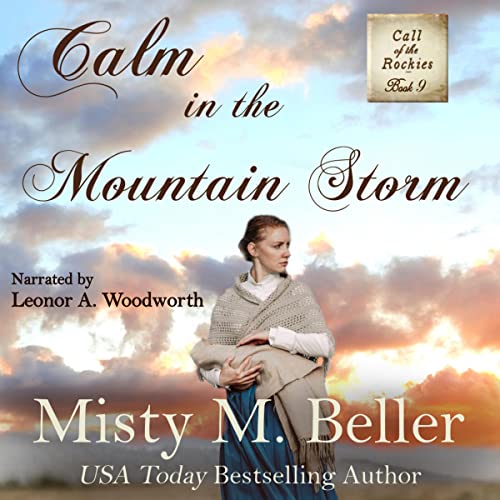 Calm in the Mountain Storm

This epic journey will test his ability to protect his children—and they’re all he has left.

Missionary Elise Lane returns with her team to the Rocky Mountain native tribe they serve to discover the entire village—including the children she’s come to love—has been massacred. A fierce brave standing at the edge of the devastation has taken the only surviving child.

Goes Ahead returns home with his son to find his worst fears have come true—his entire village has been slaughtered, including his wife. Only their infant daughter has survived. But there’s no time for grief or vengeance. He must get his children across the mountains to the protection of his family.

The last thing he wants is help from the white people who’ve brought this disaster on his village, but his babe is not yet four moons old. Her hungry cries prove he can’t make this journey without the white woman already nursing a babe of her own. But she refuses to come without the rest of her group, including the opinionated missionary who thinks she knows best for his children. As winter closes in and the mountains prove treacherous beyond anything Goes Ahead can control, only a strength and love greater than his own can save his children—and the woman he’s come to love.

From a USA Today best-selling author comes another epic journey through breathless landscapes and adventure so intense, lives will never be the same.