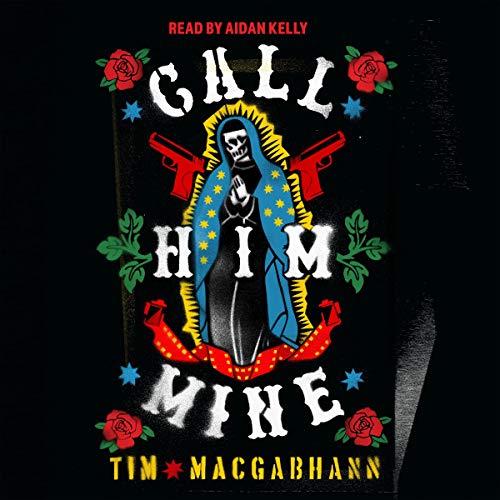 Jaded reporter Andrew and his photographer boyfriend, Carlos, are sick of telling just another story. From cartel massacres to corrupt politicians, sifting the dregs of Mexico's drug war, they think they've seen it all. But when they find a body even the police are too scared to look at, what started out as just another reportage becomes the sort of story all reporters dream of.

Until Carlos pushes for answers too fast and winds up murdered, leaving Andrew grief-stricken and flailing for answers, justice and revenge. Caught in a web of dirty money that stretches from the boardrooms of the United States to the death squads of El Salvador, Andrew must decide whether to save himself - or find out who killed the man he loves and destroyed the only home he's ever known.

Not for everyone, especially me

I tried to resist writing a review because this book was given to me and I did not choose it. The gifter mentioned that it gave a good idea of the culture of Mexico and there is some of that in the book I admit. There are so many negatives that their weight overwhelms any positives. I have now heard this narrator acting as a narrator or interpreter on BBC World Service and having heard him narrate this book makes me want to turn the BBC off when he comes on. When I heard him on broadcast today, I just couldn't stand it anymore and had to write this review.

I hated this book. The plot goes way too far in stretching credulity. I found that I kept hoping the protagonist would get knocked off (as should have happened about four times and probably would have in the real world) just so it would end and if I hear the words "Carlos if you get this..." one more time I will probably scream. The only character I liked at all was the cat. I did not like the strange diversion during which the book went from a hard core crime novel to a romance novel for what seemed like a really long time. It seemed like the author or his editor decided the book was too short and this strange, pointless interlude was created and grafted on to the main story to make the required page count. I cannot fathom why that section exists otherwise. In the parts that were hard core crime novel, I found the meticulously detailed descriptions of gore and biological functions disgusting and unnecessary. I do not see how they added any value whatsoever. If the intent was shock value I suppose it worked, but since it started from the first chapter, it really turned me off to the book before the story even got going.

I had planned to visit Mexico at some point. Having read this book with its graphic descriptions of corruption, rampant crime, horrific air pollution so bad it burns your lungs, and assorted other horrors, I am really not too excited about the prospect anymore.