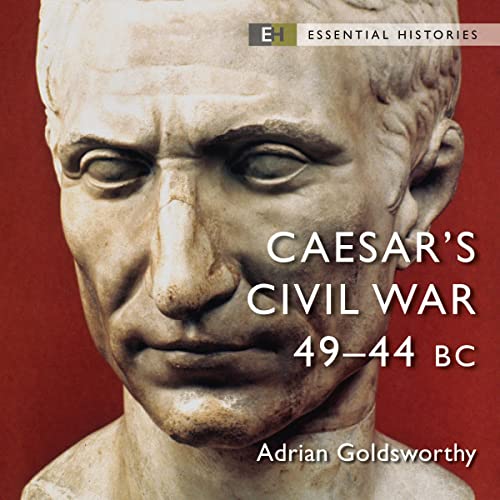 Julius Caesar and Pompey the Great were two of the greatest generals Rome had ever produced. Together they had brought vast stretches of territory under Roman dominion. In 49 BC they turned against each other and plunged Rome into civil war. In this audiobook, Adrian Goldsworthy relates the gripping story of this desperate power struggle. Drawing on original accounts of the war, he examines how legion was pitched against legion in a vicious battle for political domination of the vast Roman world. The armies were evenly matched, but in the end, Caesar’s genius as a commander and his great good luck brought him victory in 45 BC.

Updated and revised for the new edition, this is a detailed introduction to one of the last conflicts in the Roman Republic before the establishment of the Roman Empire.

This is a great quick and easy basic overview of the civil war of Caesar. Nothing too fancy