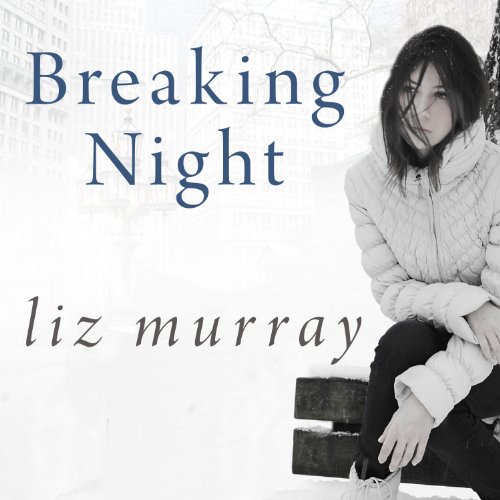 Liz Murray was born to loving but drug-addicted parents in the Bronx. In school she was taunted for her dirty clothing and lice-infested hair, eventually skipping so many classes that she was put into a girls' home. At age 15, Liz found herself on the streets when her family finally unraveled. She learned to scrape by, foraging for food and riding subways all night to have a warm place to sleep.

When Liz's mother died of AIDS, she decided to take control of her own destiny and go back to high school, often completing her assignments in the hallways and subway stations where she slept. Liz squeezed four years of high school into two, while homeless; won a New York Times scholarship; and made it into the Ivy League.

Breaking Night is an unforgettable and beautifully written story of one woman's indomitable spirit to survive and prevail, against all odds.

I loved ever minute of this book. The poverty Liz experienced brought back memories but most off all, her resilience is paradigm shifting!

This book - the writing and the story it tells - is remarkable. I was inspired by the author and look forward to learning more about and from her in the future.

Would you listen to Breaking Night again? Why?

After listening to this detailed autobiography, one has to simply ask oneself: After all, are my circumstances really that bad? Am I really gonna blame my parents' divorce, mum's illness, my brothers stupidity for loosing all our family's saving...am I really really gona blame them for the mental state I am in? Or should I just look, like Liz Murray did, at what possibilities I have and to chose every moment another empowering choice?

The story made me rethink my own opinions and it let me question my own capability.

I would def. recomment this book to everyone who simply seeks for inspiration and hope that things can turn well, despite all your difficulties.

As a 53 year old woman that has gone through a huge life upheaval of losing my business and career of 29 years, my marriage of 30 years, my home, my car, my father to cancer, I am completely inspired by Liz Murray's tenacity to not let her circumstances define her life or her future. Thank you, Liz for sharing your story. I am anxious to use your example and inspiration to not let my circumstances define my life or my future. Bless you, sweet girl.

Best Book I Have Ever Listened To!

This book is narrated by the author and she does an absolutely amazing job! Her story is so heartfelt and compelling. I am surprised she wasn't crying while recording. This book was so inspiring to me, that I ran my 1st marathon after listening to her book. It is beyond motivational. Her true life story is so unfortunate and her outcome is so magical for a lack of better reference. I cannot do this book justice. A MUST LISTEN for everyone. A great family book. Really puts life into perspective. I wish I could go on and on! I am so proud of her, she is the epitome of a fighter! What a wonderfully courageous human being!

Liz is a wonderful author. She doesn't only wright of her life, she gives insight into her feelings. She lets you understand her. This book kept me transfixed from the first sentence. She is also one of the best narrators I have ever heard. Her voice is soft, warm and ful of emotions. Yes, I did feel for her, though I knew the ending all along. No, this is not an easy listen. However, it's worth it. If you look at the summary and think it is intersting, go for the book. If you liked The Glass Castle, this is the book for you.

Very inspiring story....I was very impressed with how Liz overcame so many obstacles and untimely graduated from Harvard. I plan to share with others.

loved this book. she did a great job telling her story. gives a great inside understanding to teen homelessness. recommending this book to others.

This story is amazing and I could not imagine anyone reading it but her. If you feel like you have it or had it rough... Listen to her story.

Loved the beautiful writing. The love in the face of so m any horrible adults. What amazing perseverance. Remarkable.