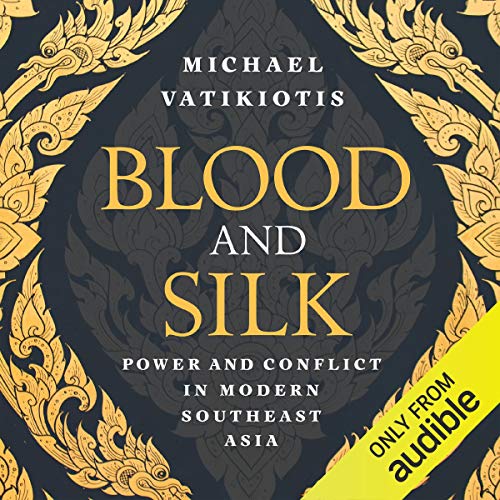 Thought-provoking and eye-opening, Blood and Silk is an accessible, personal look at modern Southeast Asia, written by one of the region's most experienced outside observers. This is a first-hand account of what it's like to sit at the table with deadly Thai Muslim insurgents, mediate between warring clans in the Southern Philippines and console the victims of political violence in Indonesia - all in an effort to negotiate peace and understand the reasons behind endemic violence.

Peering beyond brand new shopping malls and shiny glass towers in Bangkok and Jakarta, Michael Vatikiotis probes the heart of modern Southeast Asia. Why are the region's richest countries such as Malaysia riddled with corruption? Why do Myanmar, Thailand and the Philippines harbour unresolved violent insurgencies? How do deepening religious divisions in Indonesia and Malaysia and China's growing influence affect the region and the rest of the world?

Vatikiotis tells the story of modern Southeast Asia using vivid portraits of the personalities who pull the strings, mixed with revealing analysis that is underpinned by decades of experience in the countries involved, from their silk-sheathed salons to blood-spattered streets. The result is a fascinating study of the dynamics of power and conflict in one of the world's fastest growing regions.