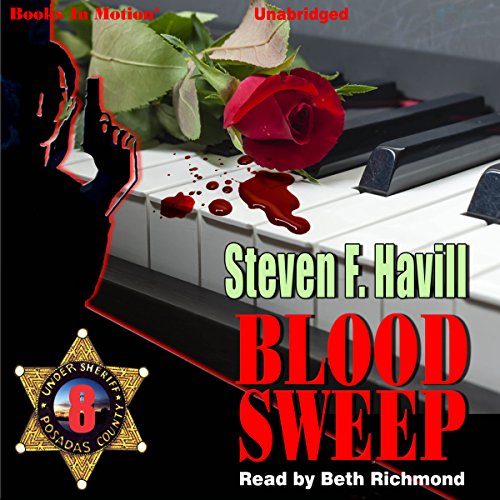 Gifted 15-year-old Francisco Guzman has become an internationally renowned concert pianist, touring the world under the auspices of his music conservatory. That gives his mother, Posadas County Undersheriff Estelle Reyes-Guzman, plenty of reason to worry - and that's magnified when she learns that he's in Mexico's crime-ridden Mazatlan for a concert series, where he may be the target for scam artists and kidnappers. Estelle's worries go from bad to worse when her uncle - a man she didn't know existed - surfaces in an attempt to mend family ties and leaves a trail of corpses in his wake. Estelle's attempts to glean family history - the story of her childhood in Tres Santos over the border - from her adopted mother, a woman now in her 90s, go nowhere. Meanwhile escalating events put Sheriff Bobby Torrez in jeopardy, as they do newly wealthy rancher Miles Waddell and his pet project, the multimillion-dollar theme park NightZone, set high on a county mesa. Just when his sage advice might be most useful, former sheriff and family friend Bill Gastner takes a dive - in the shadows of his own garage. Now his far-flung family is added to the mix of people and events astir in the bootheel of New Mexico.

a good enough one

The first books in thi series were fun to read. So I jumped at the chance to catch this book. I didn't like the plot of this one- too many out of town characters plotting a too big crime wave. But I did enjoy the author's SW living story telling.