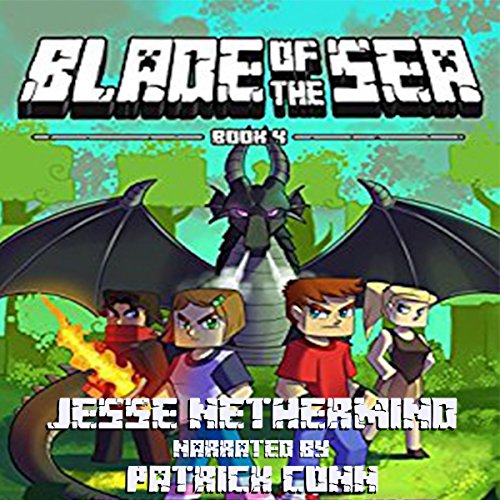 Blade of the Sea, Book 4

The pirate federation has tracked down the Blade of the Sea, and it's time for a final reckoning. Now that Trish and Patrick have formed a team of warriors, it's time to find the Temple of Kunesh and protect the legendary land of creativity and ultimate power. Will they be able to stand up against the powers of Captain Blackheart and her feared crew of pirates? When put to the test against the Ender Dragon, will they abandon all hope and flee, or step up to the challenge in order to save the world? It's time for our team of friends to find out what they're really made of (and we all hope it's more than just blocks). Fans of the Elementia Chronicles and the Gameknight999 series will be drawn to Jesse Nethermind's epic tale of treasure hunts, pirates, ninjas, and the quest for a magical place rumored to contain the ultimate power. Filled with action, humor, and monsters galore, The Blade of the Sea is the perfect adventure story for children and adults alike!