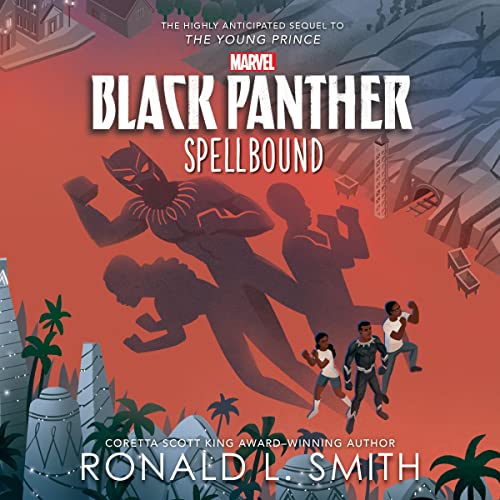 I'm T'Challa. The Prince of Wakanda. Son of T'Chaka. And one day, I will wear the mantle.

Thirteen-year-old T'Challa can't wait to go back to America to visit his friends Sheila and Zeke, who are staying with Sheila's grandmother in Beaumont, a small Alabama town, over their summer break. He's thrilled to be on vacation away from his duties as the Prince of Wakanda for a few weeks, and he's taking full advantage of his access to the amazing food and the South's rich history. But as T'Challa continues to explore the town, he finds that a man who goes by the ordinary name of Bob happens to be everywhere he is - and T'Challa begins to think it's no coincidence.

When residents of the town begin flocking to Bob's strange message, and a prominent citizen disappears, the Young Prince has no choice but to intervene. T'Challa and his friends start to do their own sleuthing, and before long, the three teens find themselves caught in a plot involving a rare ancient book and a man who's not as he seems. Swept up in a fight against an unexpected and evil villain, T'Challa, Sheila, and Zeke must band together to save the people of Beaumont...before it's too late.

Complete your middle grade collection with these best-selling fan favorites:

Percy Jackson and the Olympians series by Rick Riordan