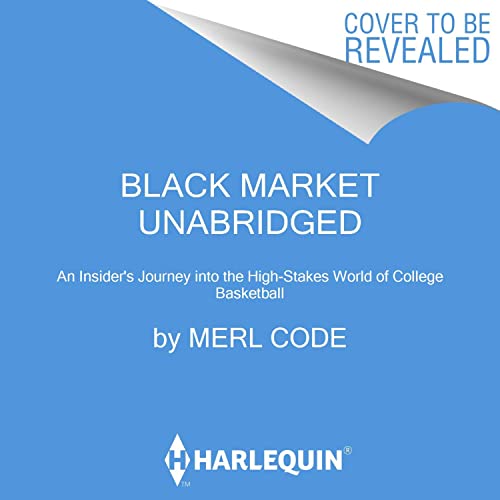 From a former college basketball player and shoe rep for Nike, this explosive insider's account into the dark underworld of college basketball exposes the corrupt and racist systems that exploit young athletes and offers a new way forward

For Merl Code, basketball was life. In college he played point guard for Clemson before turning pro. Later, with a keen eye for talent and vested interest in the basketball community, he pivoted to marketing, where he was eager to build relationships with young athletes who might one day become ambassadors for Nike and Adidas. But as his network expanded and his responsibilities as a shoe rep grew, he found himself thrust into the dark underbelly of profit-driven college basketball programs, and the storied coaches who led them. He realized that the NCAA's amateurism rules, which prohibit athletes from receiving compensation until they go pro, were exploiting young athletes, and athletes of color in particular. Colleges and universities, he observed, were using corporate sponsors to circumvent the NCAA's bylaws, and employees like Code were stuck in the middle.

Now, for the first time, Code will share his side of the explosive story of college basketball's dark reality. Code has engaged with the sport at every level — from the AAU circuit, to college recruiting battles, to wooing NBA stars to sign sneaker deals. He’s been responsible for recruiting athletes like Zion Williamson, Anthony Davis, and Giannis Antetokounmpo to endorse the shoes of his employers. But Code has also seen the darker side of college basketball. He recounts how he became the fall guy for a bribery scandal involving payments to college and high school athletes, while the storied coaches implicated by the FBI were not charged and still walk the sidelines.

Highlighting stories of real athletes and their families and what’s at stake for them, Code pulls back the curtain on the systemic problem of using players for financial gain in college athletics. Propulsive, urgent, and eye-opening, Black Market exposes the truth to offer a more just way forward for both colleges and athletes.