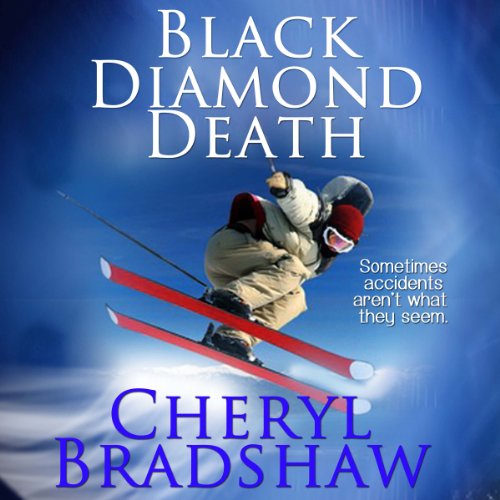 On the slopes of Park City, Utah’s newest ski resort a woman is found dead. At first glance, it has all the makings of an accident. The victim, Charlotte Halliwell, collided with a tree as she schussed her way to the bottom of the hill. But what if her death wasn’t an accident at all - what if she was murdered?

A Sister is on a Mission

Enter Private Investigator Sloane Monroe.When Audrey marches into Sloane’s office with claims her sister’s death was no accident Sloane is skeptical at first, but agrees to take the case. With little to go on, she questions the people in Charlotte’s life and discovers Parker Stanton, a jilted ex-fiancé with plenty to hide, and as the son of a prominent businessman, he will go to any lengths to protect his secrets.

A Second Body is Found

Just as Sloane feels she's close to solving the case she stumbles on another dead body and is forced to re-examine the clues from the beginning, but she must tread lightly. With the killer aware that Sloane will stop at nothing to find him, her life is in danger and her every move is being tracked. Will Sloane uncover the truth before he strikes again?

narrator's tone and prosody.... really bad! can't listen to it, although I am sure the story would have been good.

This was another typical Bradshaw story. A good time killer and interesting. The narrator was too dramatic for me.