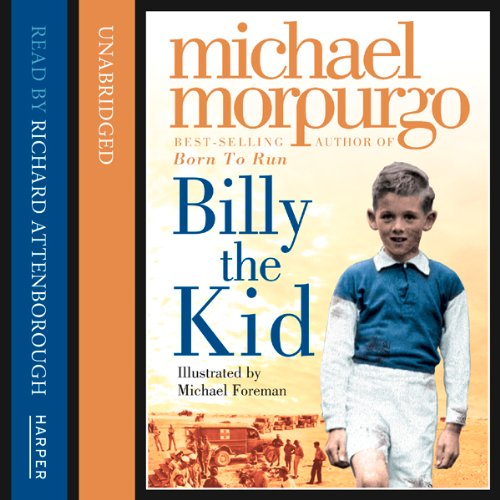 Billy was a champion soccer star, playing for Chelsea in the 1930s. But that was before war broke out! Billy the Kid is told through the voice of an 80-year-old man, who looks back on his life as Chelsea's champion striker until the outbreak of war in 1939 and on through his subsequent life. Billy joins Chelsea as a football apprentice and rises through the reserves to become a real champion.

His passion for football sees him through the war years - even as a prisoner of war, he organises a friendly match against the Italians - but, having been injured by a mine, he cannot play for Chelsea on his return to England. Billy turns to vagrancy and alcohol, and for years he wanders up and down the country. He re-settles in London in a derelict house and is befriended by a family who move him to a shed in their garden. He, in turn, helps their son with his football match and he in his turn becomes a Chelsea player. Billy becomes a Chelsea Pensioner and his 80th birthday is celebrated when Chelsea play at home.

This is a novel for both children and adults, which deals with some difficult issues. Michael Morpurgo's storytelling is superb, and this will be a welcome follow up to the previous Morpurgo/Foreman collaboration, Farm Boy.

Good for middle school children. May miss some of the world war 2 references, but can still follow the story. This is a story about loss and redemption. It is a Marpurgo book. Attenborough is an excellent narrator. May take American listeners a few minutes to adjust their ear to catch the accent. Highly recommended.