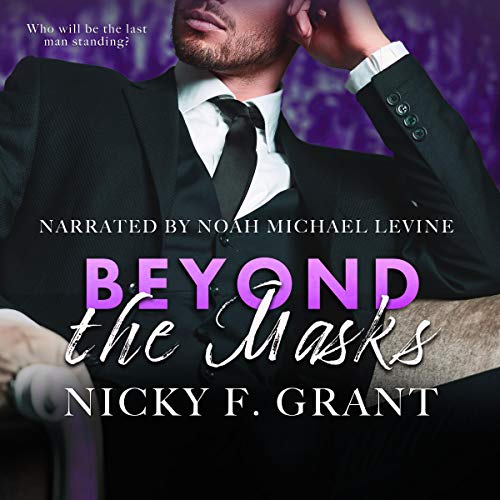 Can betrayal and obsession lead to love?

Shane Vaughn has it all. Well, almost. Fame, success, and money can only get her so far. After surviving a devastating heartbreak at the hands of the all-consuming Jacob Andrews, she's demanding no-strings, uncomplicated liaisons from now on.

Where could she find a simple distraction from Jacob? The exclusive pleasure club, The Resort.

The masked Dom with the blue-eyed gaze could work. He was hypnotizing and mysterious, rendering her powerless. A seductively simple decision.

Unless the masked Dom is Gavin Mayne. A pompous, arrogant, and commanding man. A talent director determined to take Shane's job. But how can he control an Alpha woman? Force her submission and have her kneeling at his feet.

That is until Jacob Andrews demands a second chance. He couldn’t let Shane go, especially into the arms of another man. She was the love of his life but will she forgive him for what he’s done?

A dangerous combination of betrayal and obsession will surface. But when secrets are revealed, who will be the last man standing?

Each audiobook in the Beyond Surrender Series is standalone.

This was a great listen. I enjoyed the writing, and the story was intriguing and fun to listen to.

The narration was awesome, as always from Michael Noah Levine.

The only part I wasn't thrilled about was who she ended up with at the end, simply because the bulk of the story led me to believe it would be someone else, and that other character recieved so much time and development. I'd like to hear his story and see him get a happy ending too.

I recieved this audiobook for free in exchange for my honest review.

This was my first Nicky F. Grant's book. Beyond the Masks is the first book in the Beyond Surrender Romance, an erotica Series. Shane, Jacob, and Gavin are great characters. The storyline is complex, hot, and intriguing. The ending is beautiful. Noah Michael Levine has a great voice. He did a wonderful job with the narration. Looking forward to listen to the next installment in the Series, Beyond the Truth. I need more!

Jacob and Shane were together for years. Upon their breakup, they are now running rival companies. And Shane needs a distraction. Going to the club with a mask and giving into her desires should do the trick, and when she figures out who her masked dom is, it adds a layer of complexity. When Jacob comes back wanting another chance, things for Shane become difficult. Should she stay with her dom and try to cultivate the relationship? Go back to Jacob? At first, I found it hard to connect the characters, but as the story went on, I loved the way Nicky F Grant shaped their choices and found myself invested in the outcome. It’s smart, wickedly hot and had my heart torn in two! It’s a fantastic listen.

Noah Michael Levine is the narrator and his voice is so smooth, it flows through the book. Each character easily distinguished, the story flows with his seductive alpha voices truly enhancing the book.

Congrats, Nicky! Wow! I listened to this straight through, nonstop! It was so hot (really) and a great story. All characters are likeable and redeemable - I love Gavin and Jacob so so so much. It’s not a cliffhanger per se BUT there are unanswered questions that MUST be resolved pronto! I’m so excited but nail-bitingly nervous about the fate of a character moving forward. I’m hooked!

Noah’s narration is stellar as always! His range is so amazing. He makes everything sound like a NYT bestseller!