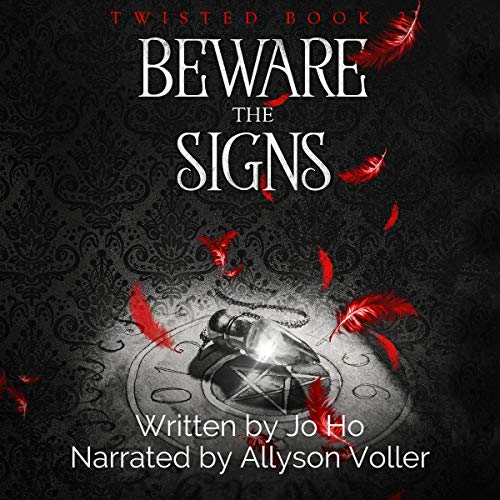 Her worst nightmare has come true, and it's still only her first day of college.

With death on her hands, Marley is haunted by her actions and terrified by her new powers. Christian won't let her forget what she has done, but worst than that, there's the terrifying ghost who keeps coming after her, right when she is at her most vulnerable. What does she want with her?

After almost causing another terrible accident, Tyler knows they must learn to control their new powers - whatever they are - or risk killing again, but a self-taught lesson doesn't go as planned, leaving the girls more fragmented than when they began.

Cassie's weird hang-ups make it hard for the others to connect with her, while uninterested in being part of the team, Eve leaves them to fend for themselves.

When one of them is attacked by something less than human, it suddenly becomes apparent just how dangerous their world has become.

Will Marley and the girls be able to set aside their differences and work together before tragedy strikes again?

Saving the world has never been this Twisted!

Fans of The Mortal Instruments, The Vampire Diaries, Supernatural, and Pretty Little Liars will love this thrilling new series!

Just like your favorite CW or Netflix show, expect thrills, heart-thumping romance, as well as epic twists and turns that will keep you guessing!

I totally LOVE these books. They are quick little books that I can listen to in a few hours. Both this and the first book held my attention throughout the entire thing, no dull parts in the middle that put me to sleep. This author is incredible and I can't wait to read the rest of the books!! I also loved the narration. I can't wait for more!! This book was given to me at my request. I am providing a voluntary review.

Things are heating up

4.5 stars for this book. It’s another short and sweet story but certainly action packed. The girls don’t want to accept that they have powers but each girl starts to experience different things Tyler blows up stuff in chemistry, Cassie changes her face when she least expects it, Eve fights off demons with Rats and Marley gets confronted by a ghost. After all of these things the girls start to face facts but all of a sudden Christian is called back to the spirit plan. What will happen is anyone’s guess. So onto book 3 for me.

Another exciting episode in this excellent serial. Captivating! I hope the author manages to get this to television. I received a free review copy of the audio version of this book in exchange for an honest review.

This is the second in the Twisted series and it starts off talking about Marley's day in college. Christian haunt her, questioning her about the whys from what happened in the first book. The book continues to grasp your attention like it did in the first one. I would suggest reading/listening to the first one before starting into the series cause while it can be read you will feel the missing pieces, plus its a good story so far. The book talks about all the girls and what they discover as time moves on, learning their powers and such. The narrator continues to do a great job. Same voices as the first one. I was given a free copy of this audiobook and I am voluntarily leaving my thoughts of the book

Beware the Signs: An Urban Fantasy for Magic Fans (Twisted Book 2) by Jo Ho picks up right after What Doesn’t Kill You leaves off. I listened to the Audible version and it was like listening to an episode of a TV show. Allyson Voller was very good as the narrator. The girls are going to their first day of classes and learning what their new powers are, though they have no control of them. They also learn more about the bag guy, Michael. I received a free audio review copy of this book and am voluntarily leaving a review.

second in the Twisted series worth reading and/or listening to. Can't wait to see what happens next.

The action never slows down! Just when you are so engrossed you don't know which way to turn the book ends and reality hits like a pitcher of ice water. Getting the next book is necessary to your sanity to know what happens next

This would be a Excellent story made into a TV or Movie. Great Troubled characters who are stumbling on to powers they have no idea they have or how to use them. These 4 girls are basically the nerds, Geeks, the ones that do Not fit in. I t will be interesting how this plays out in further books.

So.....why is this not a TV SERIES ALREADY????? This is so good. I love what the author said about her series, “The ones who are outcasts, misfits, geeks—to them I say, know that you are unique and special. Stay true to yourself and great things can and will come.”

An incredible past paced paranormal series!!

Reviewer: Teresa Fallen Angel Summary: Things are ramping up as Marley, Tyler, Cassie and Eve learn that the world is not what they thought and they themselves are part of that paranormal society. Each of them have their own problems that make the burden of their new reality more difficult. As their personal struggles are revealed, the reader begins to understand how difficult taking on a new role is for each of them. Tyler’s concern for her sister is paramount in her life. Marley has always thought she was crazy while in reality it is all part of her gift. Cassie’s low self esteem has kept her in the shadows all of her life. Eve’s past trauma has her hiding. They will have to learn to trust each other and work together if they have a chance to protect the people they love and survive. This is a wonderful series put together in episodic format that I would love to see produced on TV. The audiobook format allows the reader to step more fully into their lives unfold. I will be waiting to see what happens next.