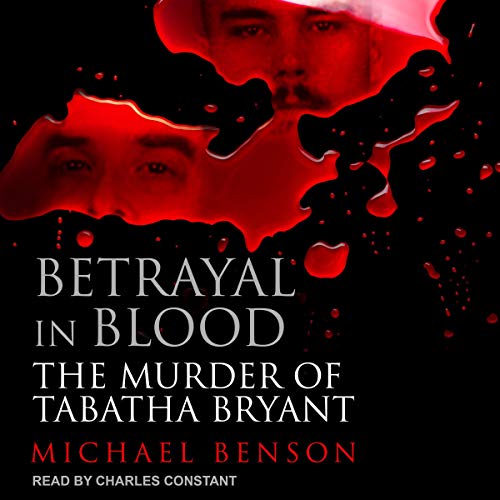 That's what attorney Kevin C. Bryant, 45, told his two young sons in the spring of 2003. At the time, blond, pretty, 26-year-old Tabatha Bryant was alive and well in an upscale suburb of Rochester, New York. But that was about to change - because Bryant knew his wife was cheating, and he intended to end the affair by ending her life. On June 14, 2003, he called 9-1-1 to report Tabatha slain by an unknown intruder who'd shot her in the eye with a .22 and repeatedly stabbed her in the neck and upper body. Soon, a drug bust led to Cassidy Green's confession that she'd driven the getaway car. She fingered boyfriend Cyril Winebrenner as the killer.

Winebrenner and Kevin Bryant were buddies who'd regularly gone on cocaine-fueled sex binges with hookers. Astoundingly, Winebrenner was also the victim's half-brother - but Bryant's offer of $5,000 had convinced him that money is thicker than blood.

In a trial that shook "Country Club Row," prosecutors would present evidence and testimonies that revealed even more sordid details, bringing the lawyer who tried to get away with murder to justice.

Not sure about this author

Pretty straight forward story. Not sure how this author feels about women/sex workers. I know this was done before the term sex worker came into use, but he uses the term whore at least 3 times when talking about prostitutes. He goes into, let’s say, a detailed description of the strip club and it’s performers. So much so I think he spent as much time “researching” that as the rest of the story. Over all not bad, but if you can find a different book on this case I would try that.

Gets bogged down in court proceedings

Like way too many true crime books written these days, the author seems to rely too much on public records for his info, especially videos or transcripts of court proceedings. The story arc is patchy, confusing, and gets bogged down way too often. I wish there had been more character development and psychological insight. I think this book was probably rushed to market -- and it shows.

This book really tells the entire story of the vic

I almost feel like I know victim. I wish more authors took time to get know victims like this author did. great job.

I love true crime and a deep dive into personalities and consequences. But when a victim repeatedly makes bad choices and is hard to even relate to, it takes away a fundamental sympathy that makes so many crimes feel personal. Not one person in this book (besides a very capable judge) had a redeeming quality.

It wasn't a very interesting, keep you on the edge of your seat book by any means. It was a struggle through most of it because it just droned on and on and on and on. Way too much information that was not needed to the point that I had to literally fast forward through sections and sections of it. The book could have been half that and done just as well. The narrator performance sucked! It was like listening to paint peeling!