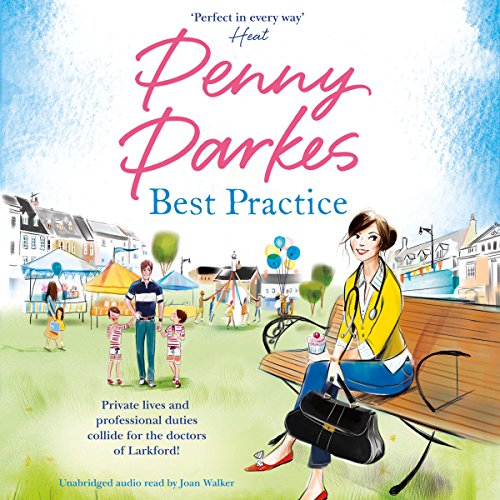 The brand-new best seller from the author of Out Of Practice.

Love and laughter with the residents of Larkford is exactly what the doctor ordered!

Dr Alice Walker has become accomplished at presenting a façade to the world - to anyone watching, she is the epitome of style, composure and professionalism. But perhaps it was to be expected that the cracks might begin to show at some point. Thankfully Grace is on hand to offer both friendship and support when it’s needed most.

Meanwhile, Dr Holly Graham has her hands full both professionally and personally. Planning a wedding with Taffy Jones is challenging enough, even before some surprising news changes everything. At least beloved Larkford resident Elsie still has a few tricks left up her sleeve!

Dr Dan Carter, on the other hand, has decided to throw himself into his career - the best antidote he’s found to unrequited love. When tragedy strikes in the heart of Larkford, Dan makes it his mission to help the community.

Penny Parkes' first novel, Out of Practice, won the RNA's Romantic Comedy of the Year Award in 2017.

"A wonderful setting, characters you care about, a page-turning plot, laugh-out-loud funny. I loved it." (Katie Fforde)