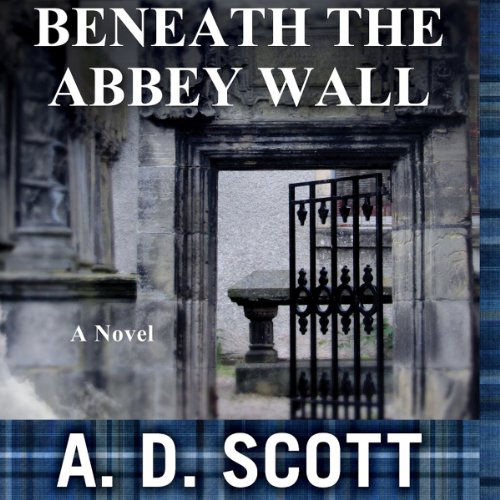 Beneath the Abbey Wall

As a decade of change comes to a close, murder hits close to home in a small Scottish town....

On a dark, damp Sunday evening, a man taking a shortcut home sees a hand reaching out in supplication from a bundle of sacks. In an instant he knows something terrifying has happened.

In the Highlands in the late 1950s, much of the local newspaper’s success was due to Mrs. Smart, the no-nonsense office manager who kept everything and everyone in line. Her murder leaves her colleagues in shock and the Highland Gazette office in chaos. Joanne Ross, a budding reporter and shamefully separated mother, assumes Mrs. Smart’s duties, but an intriguing stranger provides a distraction not only from the job and the investigation but from everything Joanne believes in.

Beneath the Abbey Wall brilliantly evokes a place still torn between the safety of the past and the uncertainty of the future, when rock ’n’ roll and television invaded homes, and a change in attitudes still came slowly for many. As the staff of the Highland Gazette probes the crime, they uncover secrets deeply rooted in the past, and their friend’s murder becomes the perfect fodder for strife and division in the town and between her colleagues.
©2012 A. D. Scott (P)2013 Audible, Inc.

Really liked The setting of Scotland in the 1950s in the Scottish highlands. Very authentic. Characters very alive and real. A gripping murder mystery that also highlighted some particular social issues of that time that I had not been aware of. Overall very enjoyable!