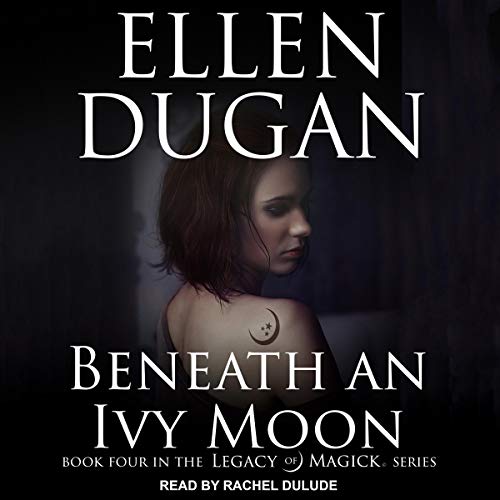 Beneath an Ivy Moon

Sure, Ivy Bishop's life is a little unusual.... The gothic-fabulous and youngest female witch in her family line is now a full-time college student starting her junior year. Living on campus, Ivy and her BFF, Cypress, are residents in the 160-year-old Crowly Hall. The dormitory that the locals swear is haunted.

When the school newspaper assigns Ivy to photograph the expansion of the new University Museum, Ivy is on hand when human remains are uncovered within an old stone foundation. Construction comes to a screeching halt as first the police and then archaeologists descend on the site. Whatever they dug up has apparently opened a supernatural can of worms. Life at the dorm goes from mundane to eerie. And when a witch thinks things are eerie - you know that's bad. Ghostly sightings at Crowly Hall, bizarre paranormal activity, and a series of accidents at the dig site are only the beginning.

After an unknown entity appears and warns of calamity, Ivy realizes that she must rely on her intuition and the legacy of magick. Trying to solve the mystery of who the entity was in life may very well put herself and her friends in danger. Digging into the history of William's Ford could prove to be hazardous - especially for Witches.