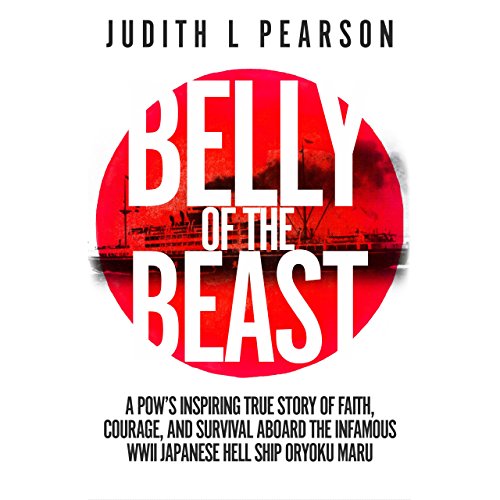 Belly of the Beast

On December 13, 1944, POW Estel Myers was herded aboard the Japanese prison ship, the Oryoku Maru, with more than 1,600 other American captives. More than 1,100 of them would be dead by journey's end...

The son of a Kentucky sharecropper and an enlistee in the Navy's medical corps, Myers arrived in Manilla shortly before the bombings of Pearl Harbor and the other six targets of the Imperial Japanese military. While he and his fellow corpsmen tended to the bloody tide of soldiers pouring into their once peaceful Naval hospital, the Japanese overwhelmed the Pacific islands, capturing 78,000 POWs by April 1942. Myers was one of the first captured.

After a brutal three-year encampment, Myers and his fellow POWs were forced onto an enemy hell ship bound for Japan. Suffocation, malnutrition, disease, dehydration, infestation, madness, and simple despair claimed the lives of nearly three quarters of those who boarded "the beast".

A compelling account of a rarely recorded event in military history, this is more than Estel Myers' true story - this is an homage to the unfailing courage of men at war, an inspiring chronicle of self-sacrifice and endurance, and a tribute to the power of faith, the strength of the soul, and the triumph of the human spirit.

The silly voice styles used for the characters just turned me off this book. The story itself was harrowing,but the overall style of slipping in and out of the actual story and the historical events happening at the time was a strange way to knit it all together. Interesting story ruined by the narration.

the story is beyond amazing and heroic. the only con: the narrator's attempt to mimic the soldiers accents is horrible and , at times, takes emotion out of the inspirational story.

This book definitely has it's positives. And the story itself is a good one. However I felt like it was more of a general WWII American POW story than anything with some filler to make it seem longer than it needed to be.

I also felt like Dena Pacitti's voice did not do a great job of portraying anger, fear, etc. but +1 for clarity. Would recommend this book but would recommend others first.

Great book, but a bit bipolar

If you could sum up Belly of the Beast in three words, what would they be?

What was one of the most memorable moments of Belly of the Beast?

The time spent on the ship

If this book was broken up into two sections, one about the war, and another about the narrative, that would be great. Yet, as it stands, it is a bit difficult to stay invested in the character when the book keeps switching from historical to biographical.