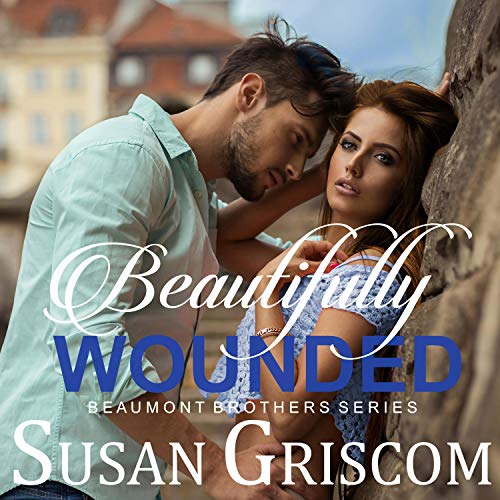 Jackson Beaumont prides himself on being a nature-loving, guitar-strumming, carefree sort of guy, known for his eagerness to help injured animals. When Lena Benton walks into his bar, he's once again swept off his feet with concern and desire to help the wounded. Will he risk having his heart torn apart again when the memory of the fawn he rescued as a child resurfaces?

After a not-so-wonderful young adulthood as she was shuffled from one foster home to another, Lena Benton had hoped marriage would be her ticket to happiness. Wedded a year after high school graduation, Lena was certain she'd found her knight. When Troy Harington's true colors surface shortly after their glorious day of elopement, things aren't quite as rosy as Lena had envisioned. When an unforeseen event turns ugly, all she can do is run!

But does she run far enough?

A Book well worth reading

Very well narrated. Beautiful story that depicts the harsh reality of what some women go thru every day from domestic abuse. I was even listening to this story while in the shower - that's how good of a read this book is. A job well done to the author and narrators.

It’s amazing how authors will ruin a good story with unrealistic aspects that a reader just cannot connect to. Story started out great with the main male character so accomplished, and then it was ruined for me with finding out that the character’s age was 22. Sorry. Just not realistic.

This story contained sensitive subject. It was not what I would expected from romance genre. This maybe a spoiler: domestic violence, unfortunately, is reality. That said, I enjoyed listening to this story and felt some connection with the heroine. The performance was great and kept my attention until the end. If you can get pass the abuse, this one is for you.

Narration is killing it for me

I am trying hard to make it through. but the male narrator as a female is ruining it for me. I can't decide if I am not really enjoying the story itself, or if it just his narration. I will say that if I actually purchased this rather than borrowing from Escape, I would have returned it for refund.

A little bit dark for me

Good Start to a Great Series

This book was good. Lena went through so much before she found happiness. Jackson was a character with his always wanting to save everything and not wanting to hurt peoples' feelings. Jackson had to be my favorite character in this one. The male narrator could have been better. I don't feel like he was right for the character. Over all it's worth the listen.

Gritty... there was nothing humorous in this Love story. Nothing. Abuse... so much abuse. It was well done.

Narrators were good. Trevor Croft should NEVER EVER attempt a female voice!

Not steamy, but touching.

The story itself was pretty good up until nearly the end. Then Lena, who had been really smart throughout the story with regard to hiding out and covering her tracks, suddenly became TSTL and did something predictable just to further the plot.

Still, it was entertaining enough for me to listen through to the end, and I felt a vested interest in what would happen to the characters. I really liked the characters, and the setting was beautiful, but I felt there was too much time spent on certain needless details, like the description of a thermostat.

I was very disappointed in the narration. I’ve come to love dual narration, so I was excited to listen to this. However, instead of the male narrator reading the men’s parts and the female narrator reading the women’s parts, they alternated chapters, which seemed like a waste of having two narrators and made it worse than listening to a single narrator. Trevor Croft read the chapters where Jackson narrated, but he also did Lena’s voice in those chapters, or tried to. Then Hollie Jackson narrated Lena’s POV chapters, including Jackson’s voice, which made him sound very effeminate and creepy, especially after hearing his voice done right by Croft in Jackson’s chapters. The inconsistency of having two different narrators doing the same character’s voice made the weaknesses more glaring and made it sound like a completely different character speaking. It really took me out of the story and made me feel like the characters kept changing. What’s the point of having dual narration if the male narrator still has to do women’s parts while the female does men’s parts? It’s the worst of both worlds. I think I would have enjoyed it more with a single narrator because each character would have at least had the same voice throughout. Also, I found that Hollie Jackson read some parts slowly, clipping each word as though she were afraid she would be misunderstood. It didn’t sound like normal speech. It sounded stilted.

Susan Griscom is a master!! I absolutely loved this book!! Lena a very strong woman that is unfortunately in a horrible relationship! She soon gets strong enough to leave, but fears the JERK Troy will come for her!! Jackson is a wonderful, sexy, loving man!! He shows Lena how strong she really is and what she's worth!! There needs to be more Jackson's in the world!! And the narration was PERFECT!! I loved the duel narrations! It really pulls things all together wonderfully!! Hollie and Trevor are so Great at what they do!! I can't wait for the next book in the Series!!