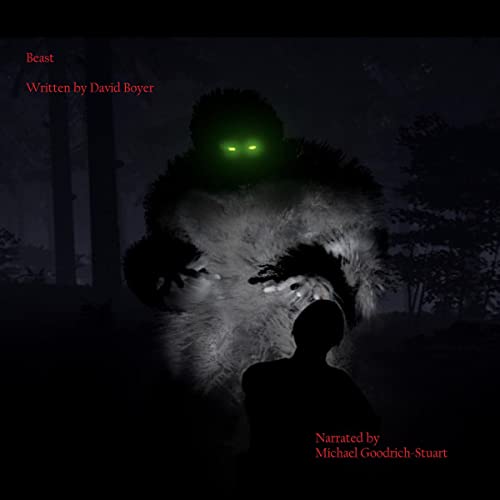 The man, woman, and their terrified children huddled in the corner of the master bedroom, near the closet, listening to the mayhem going on outside, to their house being torn apart by some unearthly thing - and cowering in fear each time it began to make that sound; an loud, ear-splitting sound, almost deafening, a sort of a howling, shrieking sound, as if the thing was losing it's mind not being able to get to them.

A shrieking howl followed by aluminum siding being ripped away from the outside walls, the sound of the discarded aluminum being hurled on top of one of their vehicles, then, another howling shriek that made their stomach tighten up in knots.

Then, total silence; thank God! They thought. Please, whatever you are, go away!

But then the God-awful, unholy howling shriek began all over again, followed by the sound of screeching metal, as though the thing was now ripping the car doors off of the family Station Wagon.

Then, silence once again.

This time for good; they could hear the damned thing, whatever it was, taking off through the woods nearby like a frieght-train, it's huge body knocking down small trees and squashing the undergrowth with it's huge feet.

Then the sound of it's retreat faded away, and the family slowly but surely came out of hiding, peeking out of the bedroom window at the damage left behind by...whatever the hell it was.

They could see the whole right side of the car was a total loss; both car doors had been wrenched off and tossed into the side yard. The windshield had been smashed in with a piece of firewood. Pieces of aluminum siding, most of it covered in huge claw marks, littered the yard as well.

Most of them looked as though they were smeared with bloody tufts of white hair.

“This was no bear", the husband said in a whisper. His wife didn't say anything in reply; she was too busy hugging their children in a vain attempt to calm them down.

The husband was right about one thing; this was no bear attack.

The beast had come to Knox County - as if it had ever left.

Listen while on a day trip drive or snuggled up with blankets before Halloween. A fun way to change up entertainment options — especially kids, although be prepared for some naughty language (not awful, though) early on. Have fun with the narrator and enjoy the campy story.

Listening to the reading of this story brought me back to childhood camping trips, sitting around the campfire with my siblings and friends while my dad regaled us with ghost stories. This particular "ghost" story has an interesting moral, as well, adding to its allure.