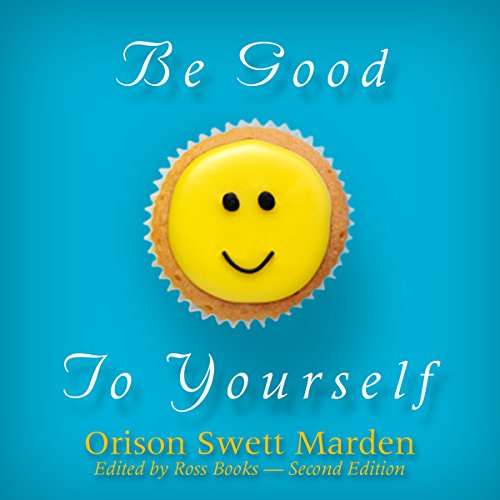 Be Good to Yourself

Orison Swett Marden is considered to be the founder of the modern success movement in America. It is hard to deny this because Marden's first book, Pushing to the Front, was published in 1894 and had a phenomenal circulation. Then in 1897 he founded Success Magazine, which reached the enormous circulation of nearly a half-million. Marden was the forerunner and inspiration to people like Napoleon Hill, Clement Stone and Dale Carnegie who led to the more modern personalities like Anthony Robbins, Stephen Covey and Brian tracy.

In an effort to bring his thoughts back to life in today's world we decided to edit and rewrite one of his most famous works Be Good to Yourself. We remained true to his original work but updated the book to make it understandable to today's reader.

We chose Be Good to Yourself because this title was written right at the height of his career and it is targeted at the successful business person as well as the average person. The book defines the traits which prevent success and explores the thinking habits that often create our failures.

Ce que les auditeurs disent de Be Good to Yourself

Uplifting! Be Good to Yourself and Listen!

Excellent. Be Good To Yourself and Listen. Orison Swett Marden uplifts. Narration is quite solid.