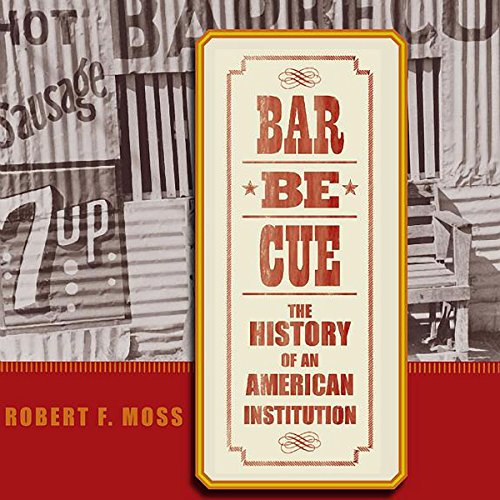 Barbecue: The History of an American Institution draws on hundreds of sources to document the evolution of barbecue from its origins among Native Americans to its present status as an icon of American culture. This is the story not just of a dish but of a social institution that helped shape the many regional cultures of the United States. It begins with British colonists' adoption of barbecuing techniques from Native Americans in the 16th and 17th centuries, moves to barbecue's establishment as the preeminent form of public celebration in the 19th century, and is carried through to barbecue's iconic status today.

From the very beginning, barbecues have been powerful social magnets, drawing together people from a wide range of classes and geographic backgrounds. Barbecue has played a key role in three centuries of American history, both reflecting and influencing the direction of an evolving society. By tracing the story of barbecue from its origins to today, Barbecue: The History of an American Institution traces the very thread of American social history.

"If you enjoy reading about barbecue history, then this book is a must-read for you." ( National Barbecue News)
"This is a book that any serious lover of barbecue, with any interest at all in the origin of barbecue, would love to read." (Kansas City BBQ Society)