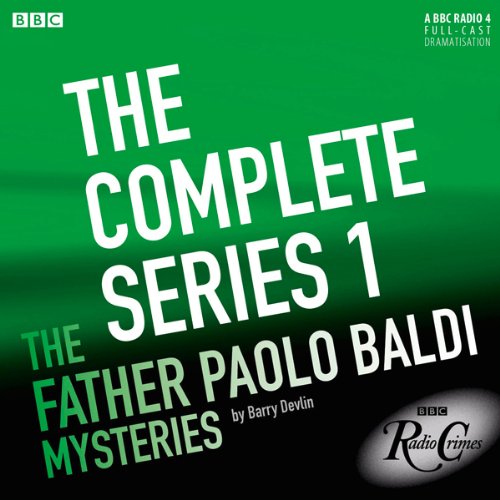 On sabbatical from the Franciscan order, Father Paolo Baldi is working as a philosophy lecturer in Dublin when his life takes an unexpected turn and he finds himself helping the police to solve crimes.In this first series, Father Paolo Baldi and his accomplice Tina investigate a string of mysterious crimes, including a murder at an Italian chip shop, the killing of a leading academic and a girl who falls victim to a devil-worshipping cult.

Follow the priest-cum-sleuth’s thrilling adventures as he solves mysteries throughout Ireland.The episodes included are:

ANTI-SPOILER alert! The first two tracks are out of order. The Prodigal Son, Track 2, announces itself as the first episode of a new detective series.
Listen to that one first.
Otherwise very enjoyable series. I went on to buy them all. They bear a second or third listen, spaced a few years apart.

If you like this, try Charles Paris, by the same writer. Much more humour in those books and more enjoyable, in my view.