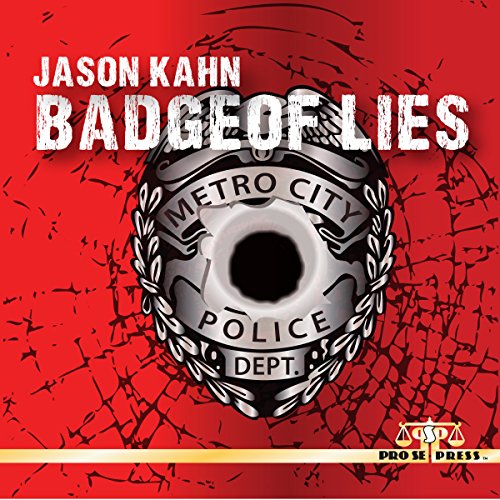 Meet Metro City Detective Frank Arnold. He just buried his partner and best friend, and now Arnold knows he may not have been the man Frank thought he was. And he can't drink away what's coming.

Pro Se Productions presents Badge of Lies, a hard hitting novel by author Jason Kahn that peels back the hard bitten exterior of two men - one, a recovering alcoholic detective who has just buried his best friend, and the other, the dead friend and all the secrets he tried to carry to his grave. Secrets that Frank Arnold is left to deal with.

In Badge of Lies, Kahn delivers a character hard boiled enough to walk fictional streets with Hammett's and Chandler's creations! A cop hardened by the job, toughened by the very crime he fights, Frank Arnold will stop at nothing to discover the truth about his partner's death and stay alive in the bargain.

Can a good cop survive in the big city or does he have to wear a Badge of Lies? Modern Crime Prose from novelist Jason Kahn and Pro Se Productions!

What was most disappointing about Jason Kahn’s story?

Would you be willing to try another one of Scott Sutherland’s performances?

Just so much a narrator can do with bad material

If you could play editor, what scene or scenes would you have cut from Badge of Lies?