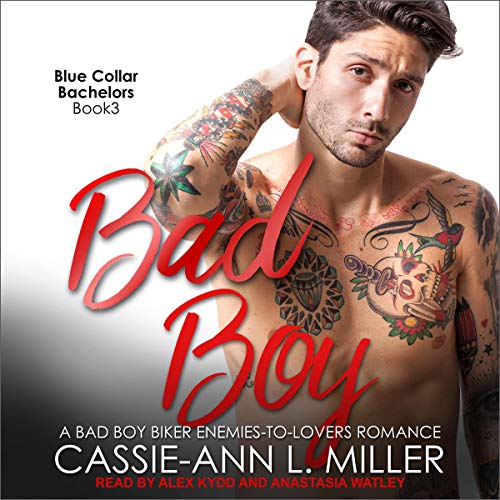 A good girl. A bad boy. Business and pleasure collide.

My life was meticulously organized, painstakingly structured, and impeccably sanitary . . . until he rolled into town with his bad manners, his short temper, and his cocky smirk. Now, he's opened up his grungy barbershop right next door to my pristine cupcake shop, bringing along his clientele of sketchy, leather-loving motorcycle guys with broken noses.

He's infuriating. Having him around brings out the worst in me. All of a sudden, I'm acting on impulse. First, I'm flinging a handful of over-ripe raspberries at his back. Then, I'm screwing him on the countertop between the cash register and the cakepop display.

Waking up with a blanked-out memory on his threadbare sheets is unquestionably the low point of my life. Except now, the only thing I hate more than Clinton himself is the fact that I'm starting to fall head over heels for him.

He has a secret that will rock the foundation of all the things I believe in. But it's foolish to jump to conclusions because, in some stories, it's not easy figuring out exactly who the bad guy is.

I heard a sample clip of this on YouTube years ago and thought it was so funny, I finally got around to listening to it. I found a female character to be extremely annoying as far as female narration it was OK. I have listened to Alex in one previous book and his delivery was really good, unfortunately he’s the same tired sounding surfer boy kind of voice that really did not fit this character. Was disappointed with Alex I’m sad to say.

Ms Perfect and the bad boy

Vivian likes order in her life...everything must be perfect, and so far everything is just that...except for the tiny detail of a man in her life. Vivian really expected to be married with a family by now, but as she approaches her 30th birthday, and spies a grey hair, she begins to panic. The last thing that she needs is the crude tatted up barber next door to her cafe’.
Clinton has had a rough life, growing up in an MC but now he’s out and has opened his own barbershop. He really shouldn’t be attracted to the prim and proper cafe’ owner but he is...and he enjoys riling her up. When an angry encounter leads to even angrier sex, the pair suddenly can’t get enough of each other. As the relationship grows into something more, Vivian wants to know about Clint’s past...something that he doesn’t want to discuss. Will the relationship survive Clint’s secret? Another great story in the town of Copper Heights.