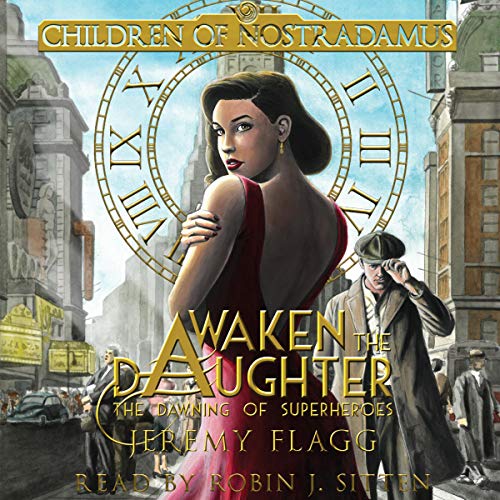 What would you sacrifice to change a future soaked in blood?

Eleanor sees fragments of the future, but despite her efforts, she can’t alter destiny. Even as a young woman surviving in 1943, she believes the visions are a curse from the devil himself. But when she finds a grifter with the ability to read her mind, she realizes she is not alone.

A killer stalks those with gifts.

Eleanor tempts fate and sets out to stop the murders. But in her quest to protect those like her, Eleanor discovers something darker than murder living in the souls of men. To be victorious, she only needs to unwrite the future.

Fans of urban fantasy, superheroes, and bold kick-ass women will fall in love with Eleanor as she ushers in the rise of superheroes.

A great read with a twist. Eleanor had a gift but it also at times was a curse. A strong female character who was not afraid to fight. She could definitely take care of herself. The ending had an unsuspected twist.

This is a unusual type story that had me listening every available moment until the book was done. Narrator did a good job with the characters voices and the storyline. This is a story of a young woman who has a ability that her mother told her was a curse from the devil, but was actually Precognition. This is set during WWII and the MC does not fit in with proper society standards of the time.

Eleanor knew she was different but she didn’t realize she wasn’t alone.  This is a thrilling tale of how she finds out more about herself... all while trying to stop a serial killer.

Jeremy Flagg has written a very unique and original story. I love the strong female lead and am intrigued to find out more about these mentalists.

Robin J. Sitten’s performance was quite enjoyable. Her portrayal of Eleanor matched up perfectly with how I imaged her.