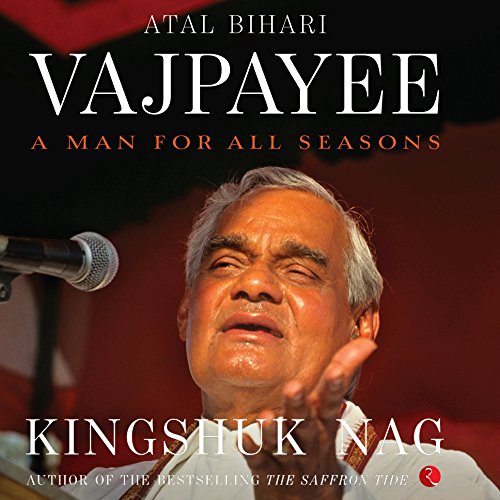 From being one of the earliest members of the Bharatiya Jana Sangh, Vajpayee blossomed into a leading opposition MP by the late 1960s and went on to become External Affairs Minister in the short-lived Janata government and, finally in 1999, to head the first non-Congress government to complete a full term in office. That it was a coalition government made the feat all the more remarkable and testifies to the fact that though wedded to a right-wing political ideology, Vajpayee did not believe in the politics of exclusion.

A protégé of Jana Sangh stalwarts like Syama Prasad Mukherjee and Deen Dayal Upadhyaya, Vajpayee won the admiration of Jawaharlal Nehru, was consulted by his daughter Indira Gandhi - whom he never lacked the courage to criticize - and was befriended by fiery trade unionist George Fernandes even before they became political allies. He thus displayed an unusual ability to carry along all shades of political opinion - an ability that came to the fore when he headed the National Democratic Alliance government between 1999 and 2004. And behind this public persona was an unusual personal life, conducted with such dignity as to remain free of innuendo.

In this book journalist Kingshuk Nag traces the political journey of this tall parliamentarian of over four decades, who was conferred the Bharat Ratna in December 2014. Atal Bihari Vajpayee: A Man for All Seasons is a definitive account of the life and times of one of India's most illustrious non-Congress leaders.