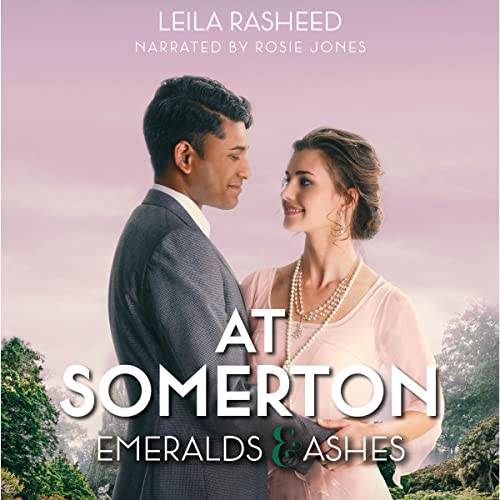 For fans of Bridgerton, this finale concludes the tale of two worlds, utterly different yet entangled, where ruthless ambition, forbidden attraction, and unspoken dreams are hidden behind dutiful smiles and glittering jewels.

"A thoroughly satisfying romp…Breathless readers will look forward to the next sudsy chapter in this planned series." —Kirkus Reviews

The murmurs of war have turned into a bloody conflict that will touch the lives of every member of the Somerton household....

Despite the pleas of his family, Lord Averley steps forward as soon as the call is made for men to fight the Western front. Mere weeks later, the news arrives: Lord Averley has been killed in the Battle of Marne. Without an obvious heir, Somerton falls into chaos. Half of the staff has already left for the war or industrial work.

Sebastian Templeton can no longer show his face in public. Ever since the publication of a now infamous photo of him and his former valet embracing, an unspeakable word has followed Sebastian everywhere—a word with the power to destroy a man's reputation forever. Knowing charges and a trial will soon follow, Sebastian does the only thing he can think of to escape: he volunteers for a war he feels is senseless and despicable, leaving behind the boy he loves, but knows can never have.

Meanwhile, after a whirlwind romance with the Duke of Huntly, Rose Averley finds herself trapped in Egypt when war breaks out during their honeymoon. Alexander vows to return Rose to home and safety, but with no end in sight, Rose knows she cannot sit idle as those around her suffer. In the final installment of the At Somerton series, the war to end all wars will take an unbearable toll on the household and leave each member forever changed.