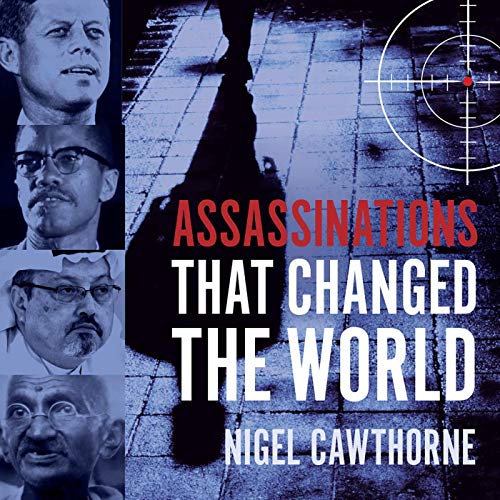 Assassinations That Changed the World

48 assassinations - from Archduke Franz Ferdinand to Osama Bin Laden - that changed the world.

We live in an age of asymmetric warfare. Huge armies no longer face each other on the battlefield. Instead, heads of major powers and lone assassins (or martyrs) target each other to pursue their agendas. President Donald Trump felt it necessary to use drones to blow away the Iranian Revolutionary Guard's Qasem Soleimani - a mastermind of terrorism in the Middle East who threatened the lives of US troops - and President Barack Obama felt fully justified in sending in US Navy SEALs to take out Osama bin Laden in Pakistan. This is the nature of modern warfare. And it is only going to get worse.

When 19-year-old Gavrilo Princip assassinated Archduke Franz Ferdinand, heir to the Austrian throne, in 1914, he triggered the First World War. Few assassinations have had such devastating consequences, but political assassinations have always changed the world - often in ways that the assassins and their cohorts could not have predicted.

The murder of John F. Kennedy left Lyndon B. Johnson free to escalate the war in Vietnam. However, the assassination of Martin Luther King, Jr, while not derailing the demands for African American civil rights in the US, did lead many to abandoning his commitment to nonviolence and adopting more radical means.

In a world globalised by social media, more lone-wolf assassins seek their 15 minutes of fame by taking out a famous figure, while leaders of world powers have everything to gain by decapitating terrorist organisations, employing the latest surveillance technology to obliterate their leaders.

There are 48 assassinations that changed the world in this book. Rest assured that in the coming years we will see many more.