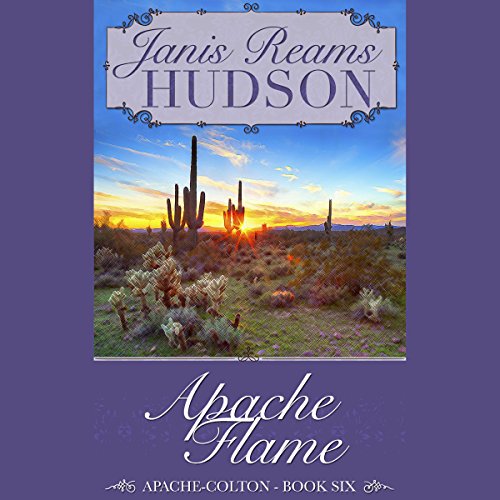 From the day of his birth, Pace Colton, also known as Fire Seeker, has been something of a troublemaker. Over the years he has grown into a stubborn, angry man who has managed to alienate himself from the very people he loves most. Now a telegram has come from his family asking for his help. He has been asked to go to Mexico and find Joanna, his stepbrother's daughter, captured by the evil, ruthless man known as El Carnicero - the Butcher.

In an attempt to swallow his pride and tear down the wall between him and his family, Pace agrees, unaware of the perils that await him. But it's more than danger he finds in the arms of high-spirited and strong willed Joanna, and soon he finds himself fighting not only for their lives, but also for their blossoming love.

"Janis Reams Hudson has given us a story so lyrical and yet so earthy, description and action that literally have the reader white-knuckled, and characters so vivid they seem to speak in the reader's ear." (Affaire de Coeur)

Final Colton Book Did Not Disappoint

As the final book in the Apache series, this book did not disappoint. In my opinion, the Colton family may be a little too close, but their stories are very entertaining. I enjoyed this entire series of books and I had a hard time stopping to do other things. For anyone that likes Native American romances these stories are very good with just the right amount of steamy. Enjoy!!

Enjoyed all the Apache novels!!! Narrator was Great! Bee better without the cursing!
Hard to put down!