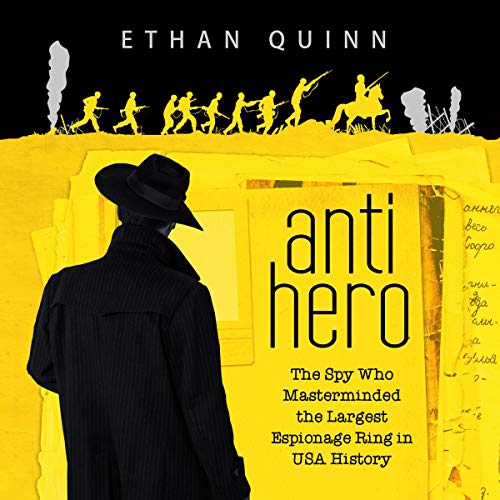 Many terms were bestowed upon the mysterious Fritz Duquesne throughout his colorful life, but perhaps the most fitting ever attributed to him was: "the most dangerous prisoner to have ever lived."

But before this Boer warrior-turned-spy reached the heights of infamy that awarded him such acclaim, Fritz Joubert Duquesne lived a life of adventure that many people wouldn’t experience in a hundred lifetimes. From a young age, Fritz harboured a burning resentment toward the British army, stemming from the brutal treatment suffered by his family during the Anglo-Boer wars.

Fritz vowed revenge against the nation that took from him those he held dear, leading to his own enrollment in the military of whichever side fought opposite the British forces.

Through complex prison escapes, destructive acts of sabotage, and heroic feats that are even too far-fetched for fiction, Fritz Duquesne exacted revenge in the most daring, unbelievable, and all-round theatrical manner possible.

His life crossed oceans and continents, assuming multiple aliases and personas along the way. Eventually, Fritz Duquesne found himself a crucial cog in the Nazi machine, ultimately being responsible for the largest spy ring ever uncovered in the United States.

Anti-Hero was an incredible audiobook. At first I thought this was fiction until I discovered this man was a real person. Fritz Joubert Duquesne was truly an anti-hero although he was deemed as "the most dangerous prisoner to have ever lived." The life he lived or perhaps endured was simply jaw-dropping. This book was cleverly written as to reveal an intricate timeline of this man's life. There's no filler here. This book was attention holding from start to finish. Ethan Quinn is a terrific author who I'll keep an eye out for new books by him.

Couple a terrific audiobook with an also terrific narrator and you can't go wrong. Michael C. Gwynne had perfect voice inflections with a sort of deep tone that complimented this story. He had the perfect voice for this book.

I was given this free review copy audio-book at my request and have voluntarily left this review. This review is for the audio copy of Anti-Hero,The Spy Who Masterminded the Largest Espionage Ring in USA History by Ethan Quinn and narrated by Michael C. Gwynne. This was a very good historical story. It was entertaining and informative. I learned much about the person and other historical insights I had never heard or read of before. The narrator was perfect for this story. I highly recommend this book.

I received this audiobook in exchange for an honest review.

Anti-Hero is a short biography of the late Fritz Joubert Duquesne. Ethan Quinn writes about the dramatized life of Duquesne, who acted as a soldier, Casanova, spy, criminal and terrorist. This was a man of few reservations, He was deceptive and cunning, and he had no regard for the sanctity of human life. He was driven by anger and hatred, and he certainly wasn't a man to be respected or revered. Quinn writes an engaging and entertaining novel, which is expertly narrated by Michael C. Gwynne. Unfortunately, this work is marred by its truncated duration and subjective credibility.

Born in 1877 to Boer parents, Duquesne was raised for much of his adolescent life on a South African farm. When he was 12, a Zulu entered his home and assaulted his mother. Duquesne took the man and impaled him with his own weapon. Shortly thereafter, he was sent to England for schooling. He eventually returned to South Africa and became a member of the Boer Army where he fought in the Second Anglo-Boer War, After his capture and escape from the Portuguese, he covertly joined the British army and learned that most of his family had been tortured and killed by the British. From that point forward, Duquesne dedicated his life to sabotaging and destroying the British in any way possible. Over the next 55 years, he sabotaged various British ships, killed numerous people, was imprisoned and subsequently escaped multiple times, moved to the United States, became a journalist and spied for the Germans. He was eventually given a 20 year prison sentence in the USA. He finished serving his sentence after only 14 years when he was 76, and he died in New York at 78,

Duquesne was an egocentric embellisher. Quinn details this multiple times throughout this work, explaining that many events are likely exaggerated or completely erroneous. He also explains that historians have discredited some of Duquesne's words. Considering that a majority of the information in this book is provided by Duquesne himself (as explained by Quinn), It's difficult to take any of these accounts as fact. Quinn does not claim that this book is entirely fact, but he also rarely distinguishes between events that can be proven and those that cannot. Likewise, he doesn't provide sources to back up any of these stories. As a result, this work should essentially be read as fiction. It's also a shame that the work is so short, clocking in at three hours and 32 minutes. Quinn could've expanded the work to bolster credibility and cite sources. Despite these drawbacks, Quinn's writing is simple yet appealing, He draws the reader into the story by rapidly entering into the action and maintaining a quick, exciting pace. The narrative never grows flat or tiresome throughout the brief duration.

Michael C. Gwynne gives an excellent performance in his narration of Anti-Hero. He takes on the tone and style of an engaged historian, as he delves into the life of this unique and mysterious character. His dialect and dictation is clear and precise throughout the work, and he never stumbles over words or phrases. He adds a believable level of emotion and passion to the narration, which encourages deeper engagement. The recording itself is adequate, although there are occasions where the audio changes in volume and tone. These seem to be re-recordings that were patched into the audiobook. Despite these slight and occasional distractions, the majority of the recording maintains a clear, studio quality that doesn't detract from the narrative.

In Anti-Hero, Quinn presents an informative and engaging narrative. Duquesne is a very flawed character, and Quinn communicates this adequately. Unfortunately, Duquesne's life largely consists of speculation, so the accounts in this work have to be digested with a healthy dose of skepticism. Even so, the accounts told within are interesting and informative. Gwynne provides superb narration despite a few recording issues. This work is recommended for fans of historical fiction and world history based in the 1900s.

I received this book for free. I am voluntarily posting this review and any opinions expressed herein are my own.

I had never even heard of Fritz Duquesne prior to listening to this book. What a tragic and interesting life he led. From enduring the heartbreak of the loss of his mother and sister - leading to his absolute hatred of Britain and his quest for vengeance. It was fascinating how this hatred pushed him to spy for the Nazis during WWII. It was almost unbelievable how much Fritz was willing to endure to escape from prison. A very good true story about spying, being captured, escaping and the cleverness and tenacity borne of hatred of one man determined to sabotage an entire country.

I love when I can learn about a person, that I had previously never knew existed. What a crazy, yet incredible life that was lived by Fritz Duquesne. I had never even heard of him prior to listening to this book and Ethan Quinn has inspired me to due further research on Duquesne. This was my first book by Ethan Quinn and love the way he tells the story, where the timeline is easy to follow, even though it spans over the life of Duquene. I also commend the narration, which was very well done! Very few times do I find a book that I cannot stop listening to, this is one of those books. I had to find out what stunt Duquesne did next and how he gets himself out of trouble....FANTASTIC READ!!!


This audiobook was provided by the author, narrator, or publisher at no cost in exchange for an unbiased review courtesy of AudiobookBoom

This was a great telling of a historical character that many know nothing about. The writing was precise and made it easy to follow along the timeline. The narrator did a great job of keeping you engaged and bringing the story to life, I was given a free copy of this audio in return for an unbiased review.

Fascinating Made for the Movies Biography

This was an incredible story and hard to believe it's true... Spy, espionage, prison breakouts and so much more. It's a story that I had not heard anything about and in a way reminded me of "Catch Me If You Can" and James Bond. Even though this man is far from a hero you do find yourself understanding how he became the man he did. It's a great listen and I definitely recommend it but I would caution that does have some graphic violence and a little bit of language and sexual content - it talks a little about the rapes of his mother and sister but there are no actual sex scenes. As a parent I would let my 7th grader and older listen to it but I will talk to them before and after.

Excellent biography of an interesting man

As someone who likes history...I admit I hadn't heard of Fritz Duquesne. A man whose early years shaped the hatred and lifelong obsession with revenge. Fritz's ability to escape capture and reek havoc on his enemy, the British, is almost hard to believe but this biographic is well grounded in research. The author portrayed Fritz as multi-dimensional rather than a flat character from history. At first, I wasn't sure if I would like the somewhat theatrical reading of this book by the narrator Michael C. Gwynne (who has starred in a variety of films) as it was a departure from the usual style of the non-fiction narrators I had listened to until now. Shortly after the first few chapters, I was hooked on not only the story but the narration as well.

I received this for free at my request and have voluntarily provided this review.

Another missing chapter in history

I love history. There are so many things that are glossed over in school. One gets a general picture of what happens but no details. What you learn in school in regards to history is like learning about a country from looking at a globe. A broad perspective with a few details but nothing that truly teaches you anything about it. This is a story of a man who became a spy and saboteur. How he came to be and the one man war he waged against Britain and its allies. What a phenomenal piece of history. Well written and well read. Highly highly highly recommend. I was voluntarily provided this free review copy audiobook by the author, narrator or publisher

Fantastic story that could be fiction... But Isn't

I received this title for free in exchange for an unbiased review. This is an excellent TRUE story about spies, capture, escape, war and the horror of it, and a man who used strategy, planning, and spur of the moment thinking that Ethan Quinn puts together masterfully with just the right amount of time and detail. This never once lost my attention, and I eagerly listened the entire time, and when it was over, my only thought was "Wow!"