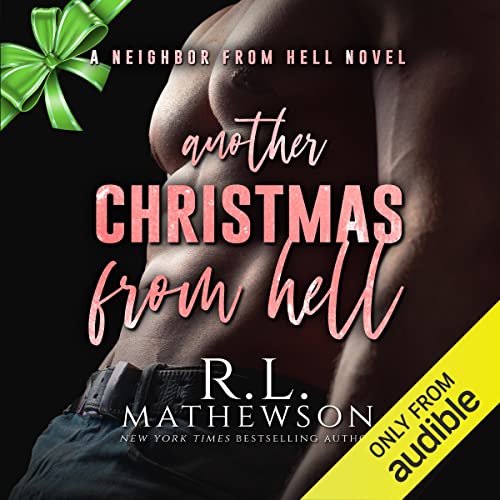 Another Christmas from Hell

The last thing that he wanted was to fall in love with his brother’s best friend.

It was time to move on.

Granted, Cayley would have preferred to wait until after Christmas, but with her best friend somehow managing to get her fired and evicted in the same day, she had no choice but to move into the apartment across from the man who really didn’t seem happy to see her.

More than fine because if she could handle her best friend making her life a living hell and an ex-fiancé who was determined to get her back, then she could handle the man who was willing to do whatever it took to let the past destroy them both.

He couldn’t believe this was happening again.

For years, Bryce had been going out of his way to avoid Cayley, hoping that she would finally move on, but now that she was back, he realized that he no longer had a choice.

He was going to have to break her heart.

At least that was the plan until the little brat turned the tables on him, making him wonder how much longer he was going to be able to lie to himself even as one thing became painfully clear....

This was going to be the worst Christmas ever.

I love the Bradfords and the James

This was another great story by R.L. Mathewson! Heartwarming and funny! The narration was awesome too!

I absolutely adore the Bradford clan!! These books cannot be published as fast as I would like to read them. I have bought and will continue to buy every Bradford book written.

If you're wondering whether or not to buy this one stop wondering, in fact stop everything and buy this book immediately!!! R.L. Matthewson's writing and Fran Jewels as the narrator? All of this is a yes!

it focused way to much on s** and not the story
I liked the story just could have focused more on their relationship development and less on explaining every moment of their s** life it's fine for the first time but then it gets repetitive and adds nothing to the story for me.

I really have enjoyed all of the NFH books but this one is definitely at the top of my favorites. I have listened to it several times. it has a great storyline.

This is such an incredible book and I only bought a copy but have listen to it at least 20 times!

I have loved every book in this series!

I love the themes and humor in every one of the books in this series.

I hope the series’s will continue. Such a good, feel book with comedy, romance. Narration is outstanding!!!!

We finally get the back story on the James boys, and their mother. I hope they make a book for the dad

this was afun way to see the whole gang. now I need to see stories about each brother