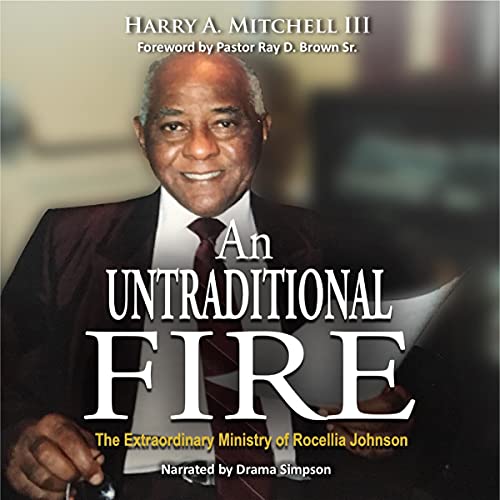 An Untraditional Fire is a lovingly told story about a dynamic, unique, and life-changing man of God, Dr. Rocellia Johnson, the founding pastor of the Bethany Baptist Church of West Los Angeles. Author Harry A. Mitchell III traces the life of Pastor Johnson from the humble beginnings in an Oklahoma farm in Jim Crow America to his arrival in Los Angeles in the early 1940s - a couple decades before Disneyland, the Dodgers, and the completion of the Santa Monica Freeway - to his development into one of the most influential ministers in African American churches. Pastor Johnson’s innovative accomplishments include:

But Pastor Johnson’s greatest contributions were in the lives of the people fortunate enough to call him “Pastor”, and it is through the voices of these charming and down-to-earth Christians that Harry Mitchell (himself a “Bethanite”) tells Pastor Johnson’s story in this audiobook - humorous and moving anecdotes abound, along with many heart-stirring and memorable quotations from Pastor Johnson himself.