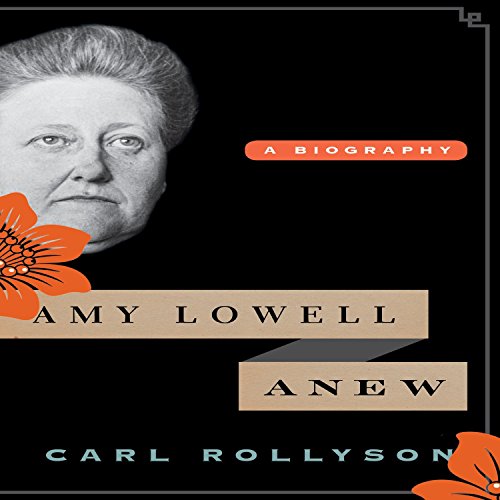 The controversial American poet Amy Lowell (1874-1925), a founding member of the Imagist group that included D. H. Lawrence and H. D., excelled as the impresario for the "new poetry" that became news across the U. S. in the years after World War I. Maligned by T. S. Eliot as the "demon saleswoman" of poetry, and ridiculed by Ezra Pound, Lowell has been treated by previous biographers as an obese, sex-starved, inferior poet who smoked cigars and made a spectacle of herself, canvassing the country on lecture tours that drew crowds in the hundreds for her electrifying performances.

In fact, Lowell wrote some of the finest love lyrics of the 20th century and led a full and loving life with her constant companion, the retired actress Ada Russell. She was awarded the Pulitzer Prize posthumously in 1926.

This provocative new biography, the first in 40 years, restores Amy Lowell to her full humanity in an era that, at last, is beginning to appreciate the contributions of gays and lesbians to American's cultural heritage. Drawing on newly discovered letters and papers, Rollyson's biography finally gives this vibrant poet her due.

I am interested in Amy Lowell’s life but this book is so non-linear and boring that I couldn’t get past the second chapter. Too bad.