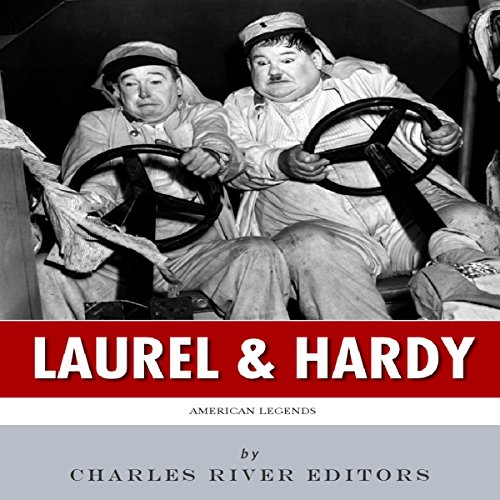 "Mr. Hardy was beginning to forget things, but Mr. Laurel had no fear of losing his memory - as a matter of fact, Mr. Laurel never had a memory to lose." (Title card in Hog Wild)

A lot of ink has been spilled covering the lives of history's most influential figures, but how much of the forest is lost for the trees? In Charles River Editors' American Legends series, listeners can get caught up to speed on the lives of America's most important men and women in the time it takes to finish a commute, while learning interesting facts long forgotten or never known.

By the 1920s English comic Stan Laurel had been in dozens of films, and American Oliver Hardy had appeared in hundreds, but it was not until they formed a duo together in 1926 that they began to be noticed. Once they did, however, Laurel & Hardy became one of the most famous comedy teams in American history, with a career that spanned four decades and included over 100 combined shorts and feature films. Even today, nearly 60 years after their last performances together, Laurel & Hardy are still popular, alongside legends like The Three Stooges and Abbott & Costello, and their routines are still watched across the globe.

Perhaps most importantly, Laurel & Hardy were forerunners of slapstick comedy and thus influenced those that followed. Their complementary styles of slapstick humor, with the thin, childish Laurel acting as a foil for the overweight and overly pompous Hardy, offered a template for others to follow, and the duo established several famous gags that other acts, like the Stooges, subsequently mimicked.