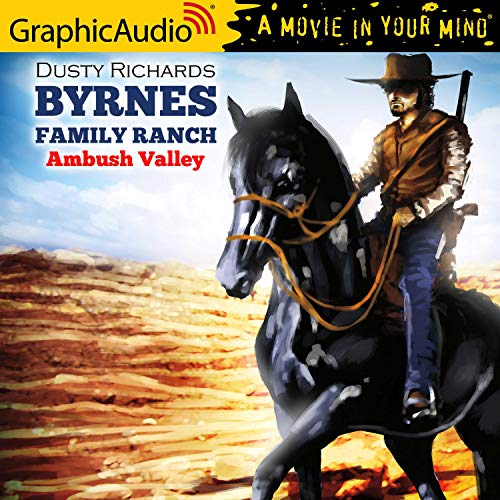 Having been wounded by outlaws on the Arizona-Mexico border, Chet thinks back to the journey that brought him and his family from Texas to Arizona.

Six hundred miles from a railroad head in Texas, Chet Byrnes and a handful of cowboys set out to build a new life on the Arizona frontier. Behind the Byrnes family is a tale of bloodshed and blood feuds. What lies ahead is any kind of future they can scrape together out of a merciless landscape - as long as they're willing to make it on their own.

From a woman who lays claim to Chet's heart to a land ripe for grazing, the Arizona territory begins to open its arms to the dauntless determination of the Byrnes family. But with every success there comes a rising danger. There’s a sheriff who refuses to do his job. Trigger happy outlaws competing to kill them. And a mysterious rancher who’s hell bent on running a herd across Chet's land - and forcing the Texan into a war...