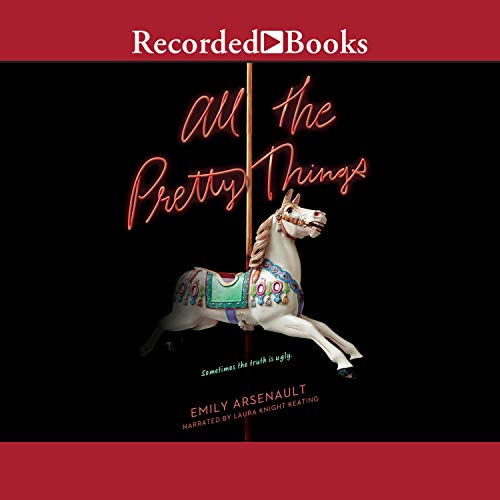 All the Pretty Things

For fans of Sadie and The Cheerleaders comes an all new thriller about a boy who turns up dead under suspicious circumstances and the one girl who may be the key to solving the mystery of his untimely death.

For Ivy, summer means roller-coaster season, spinning cotton candy at the Fabuland amusement park, and hanging out with her best friend, Morgan. But this summer is different. One morning, Morgan finds a dead body. It's their former classmate and coworker Ethan. To make matters worse, Morgan is taken to a hospital psych ward only days later, and she's not saying much - not even to Ivy.

The police claim that Ethan simply took a bad fall, but Ivy isn't convinced and realizes it's up to her to get answers.

What she finds is unsettling - it's clear that some people aren't being honest about Ethan's last night at Fabuland. Including Morgan. And the more secrets Ivy uncovers, the closer she gets to unraveling dark truths that will change her life forever.

I loved the setting of this book. A theme park your dad owns? Count me in. However, it was not impressive at all. I don't recommend.