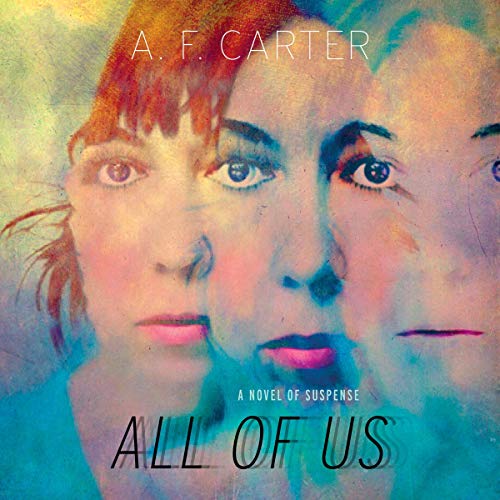 All of Us is a riveting thriller with six compelling protagonists - who all share one body.

Though legally she is Carolyn Grand, in practice she is Martha, a homemaker who cooks and cleans for her "family", Victoria, a put-together people person, Serena, a free spirit, Kirk, a heterosexual man, Eleni, a promiscuous risk-taker, and Tina, a manifestation of what is left of Carolyn after years of childhood sexual abuse.

As they jockey for control of their body, all the personalities also work together to avoid being committed to a psychiatric facility. But Carolyn's tenuous normal is shattered when Hank Grand, the man who abused her and leased her out to pedophiles, is released from prison. Soon he begins stalking her, bringing back painful memories for all of the personalities.

When Hank is murdered in a seedy hotel room, Carolyn is immediately a prime suspect. But the man has other shady dealings, and the burden of proof weighs heavy on the police - especially when, propelled by demons of his own, one of the detectives assigned to the case finds his way into Carolyn's very solitary life.

Ce que les auditeurs disent de All of Us

I really enjoyed the books. The performance was amazing! I love the way she interchanged between all of the personalities.