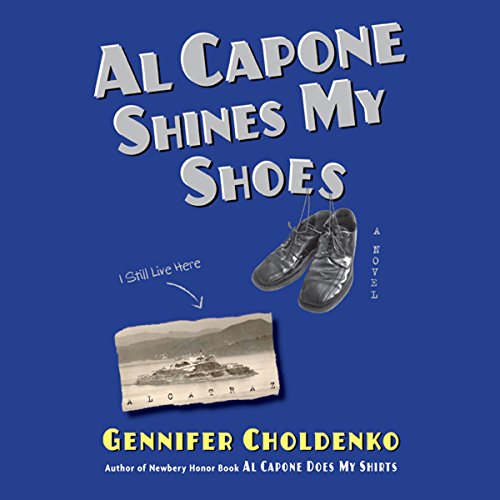 Moose and the cons are about to get a lot closer in this much-anticipated sequel.

It's 1935. Moose Flanagan lives on Alcatraz with his family, the other families of the guards, and a few hundred no-name hit men, con men, mad dog murderers and a handful of bank robbers too. And one of those cons has just done him a big favor.

You see, Moose has never met Al Capone, but a few weeks ago Moose wrote a letter to him asking him to use his influence to get his sister, Natalie, into a school she desperately needs in San Francisco. After Natalie got accepted, a note appeared in Moose's freshly laundered shirt that said: Done.

As this book begins, Moose discovers a new note. This one says: Your turn. Is it really from Capone? What does it mean? Moose can't risk anything that might get his dad fired. But how can he ignore Al Capone?

"A tender, engaging book that captures both the imagination and the heart." (San Jose Mercury News)

A very interesting and captivating story

The al Capone series are well written and interesting. The reader does a good job impersonating all the characters.

What made the experience of listening to Al Capone Shines My Shoes the most enjoyable?

I bought it for my kids so they could read along. Audible books are great for kids learning how to read chapter books and also for adults who want to multi-task and listen and do other things at the same time.

Moose Flanagan because he's responsible and smart. He cares about his sister Natalie very much.

What does Kirby Heyborne bring to the story that you wouldn’t experience if you just read the book?

I don't like reading aloud to my kids unless it's a short picture book because it makes my mouth tired. Having a good reader with inflections helps them follow along with the story better.

If you could sum up Al Capone Shines My Shoes in three words, what would they be?

Moose because he was very adventurous.

What does Kirby Heyborne bring to the story that you wouldn’t experience if you just read the book?

He brings excitement to the book by doing a variety of voices in a way that I would picture them.

No, because it was 7 hours long and I was reading it for my home reading project. I had to read 20 minutes a day.

My 11 year old son who is reluctant to read loved this book AND loved using the Audible download. Having this service is wonderful for a kid who isn't really into reading or struggles with reading. Audible makes him look forward to his 20 minute a day reading project instead of dreading it. Thank you for helping this mom help her son. (My son wrote the reviewer comments about the book himself). ;)

I like how the author turns history into a very interesting story. Kirby Heyborne is a great narrator!

This is the 2nd of the series and I have loved both snd plan to get the 3rd. My granddaughter bought the book on my phone (surprise) and it was a blessing.

Great follow up to the first book! Narrator was just as amazing as the first time as well.

I am so in love

I like how the story continues with the same characters just a few months after the first book ends.