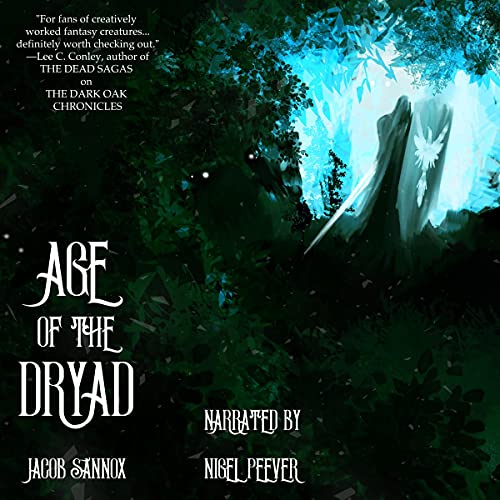 Age of the Dryad

The second book of The Dark Chronicles.

The dryads have risen up against humanity. Queen Cathryn’s realm is broken, her people have scattered, and the future is uncertain.

She gives Tolucan, a newly knighted commoner, a seemingly impossible, secret quest; to seek out the sole weakness of Dark Oak, King of the Dryads, and to destroy him, whatever the cost.

Even within the forest, strife threatens Dark Oak’s reign, but he will not be defeated so easily. While humanity is still on its knees, the dryad seeks dark secrets, in forgotten places, unaware that Sir Tolucan, humanity’s last remaining hope, is hunting him....

Jacob Sannox welcomes you to the Age of the Dryad.

It starts right where book 1 finished. Dark Oak turns into the new Dark Lord.
Looking forward to book 3.
Nigel did another great job bring the characters to life and with all the sound effects.

Nigel Peever put in hours of work to make this book come alive in this enhanced listening experience. His transitions are seemlessly executed and performance of each character astonishing.
Very interesting story as well.