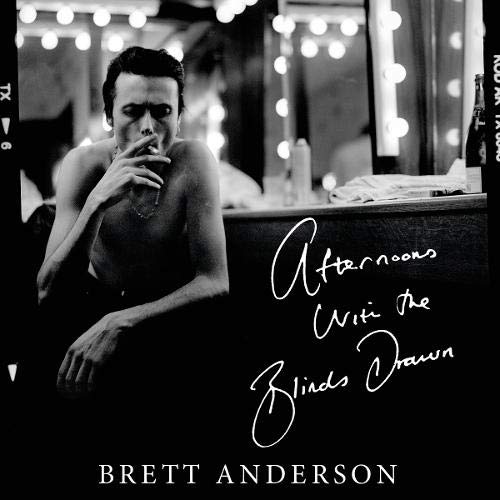 Afternoons with the Blinds Drawn

The trajectory of Suede - hailed in infancy as both 'The Best New Band in Britain' and 'effete southern wankers' - is recalled with moving candour by its frontman Brett Anderson, whose vivid memoir swings seamlessly between the tender, witty, turbulent, euphoric and bittersweet.

Suede began by treading the familiar jobbing route of London's emerging new 1990s indie bands - gigs at ULU, the Camden Powerhaus and the Old Trout in Windsor - and the dispiriting experience of playing a set to an audience of one. But in these halcyon days, their potential was undeniable. Anderson's creative partnership with guitarist Bernard Butler exposed a unique and brilliant hybrid of lyric and sound; together they were a luminescent team - burning brightly and creating some of the era's most revered songs and albums.

In Afternoons with the Blinds Drawn, Anderson unflinchingly explores his relationship with addiction, heartfelt in the regret that early musical bonds were severed, and clear-eyed on his youthful persona.

'As a young man...I oscillated between morbid self-reflection and vainglorious narcissism', he states. His honesty, sharply self-aware and articulate tone makes this a compelling autobiography and a brilliant insight into one of the most significant bands of the last quarter century.

"A compelling personal account of the dramas of a singular British band." (Neil Tennant)

Without Brett Anderson narrating I would’ve probably just read this book. Hearing him tell his story with such honesty and hearing the intonation in his voice as he recalls difficult moments made the listening that much more enjoyable.

For me, Suede was one of those life-altering bands that had made a major impact. After reading and thoroughly enjoying Anderson's first book, I was looking forward to his chronicle of the halcyon years for his band, from the pinnacle of success to the sputtering halt in 2002. I ended up purchasing the Kindle edition and the audiobook so that I could be fully invested in absorbing every word. In a descriptive, almost prose-like style, Anderson took me on a journey that started with the euphoria and success of the first album to the lackadaisical ambivalence of their fifth release. Anderson details the relationship with Bernard Butler and how things went astray, which was amazing to me because I always wanted to know what truly happened. Truly not your typical autobiography, which was appreciated. Left me looking forward to the next one by Anderson, if there is going to be one more. Hope so.

Afternoon With the Blinds Drawn is sublime and every bit as great as Coal Black Mornings, which I did not think would be possible. Highly recommended.