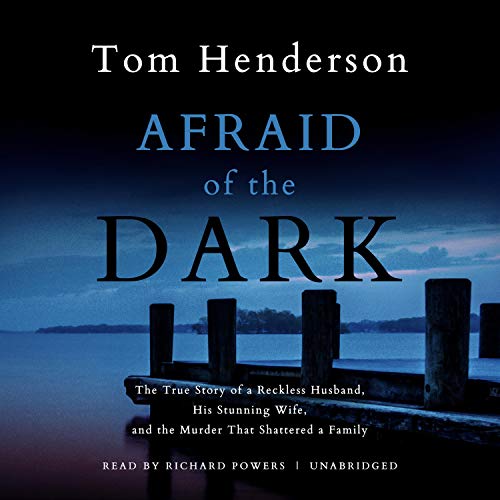 Afraid of the Dark

Detroit mortgage broker Mark Unger adored his wife Florence and their two young sons. But after a decade of marriage and increasing financial trouble, Mark's life began to slowly unravel. He became addicted to pain killers and gambling, and ended up spending five months in rehab.

Forced to go back to work, Flo became bitter and resentful of Mark and began to have an affair with one of his friends. When Mark returned home and his disability checks weren't enough to make ends meet, Flo filed for divorce.

Panicked by the thought losing her, Mark did everything he could to win Flo back. Even though she resisted his efforts, Flo did agree to a weekend getaway at the family's favorite lakeside resort. But after their first night there, Flo went missing...and the next day her corpse was found floating in the water. Mark claimed that her death was an accident - one that must have happened while he was up at the cottage putting the kids to sleep. But soon a jury would be convinced of what Flo's friends and family believed to be true: that Flo would never have been alone on the boat dock that night because she was deathly afraid of the dark.

Not the best of Mr Henderson's books.

The narrator should be screened for accurate pronunciation. I've never heard anyone refer to algae as al-GA. Annoying.

It was a good story and told well. However, it could have been made much shorter with the same affect.

page turner. hard to put down. good until the end. enjoyed details, analysis, speculation, and dialogue.

Too many characters to keep up with and too much irrelevant information. It was free at least.

This book should have been at least 5 hours shorter. I was tuned out for most of it and don’t feel like I missed anything important. Good narration. Way too many unnecessary details and very repetitive content.

Long and drawn out

Well researched, would have made a great true crime book if the author removed 5hours of nonsense. I couldn't get past the last two hours and just fast forwarded to the end.

Great story if you can get past the extra innings

I have not read the print version of this title, so I have no idea if this is the case in that title, but this audiobook contains a lot of content unrelated to the main case. The author describes at least two other cases in the region he wrote about in other books, and there is more.

The book contains over 55 chapters; at least ten of them describe other criminal trials covered in books by the author or other authors published by St. Martin's Press. So while the general format of short chapters of about 10 minutes, it's easy to get annoyed about these diversions, especially when the trial that should begin at the halfway point is delayed by such marketing tactics. The story is still fascinating, but I will probably avoid St. Martin's titles from now on.

Too Long- and Learn how to Pronounced Algae!

Eh. This book was quite interesting but the author really overdid the history lessons. Too much of the book is taken up with tangential chapters that one can skip . I felt like I was being punished. Kept it playing in the background simply because I don't like to leave a book unfinished .
Maybe his editor was on vacation.

Narration very good except he pronounced "algae " as "al-GUH. Many, many times

Great Story of a Sad Story

This book was wonderful at sharing all the details of the case from start to finish. The narrator was great. Totally recommend.

Couldn’t get into it.

The story itself is probably a good one, but the narrator’s voice was so bland, and he kept repeating things about the story so often, that I kept tuning out and had to replay parts I’d missed. I didn’t finish the book. I abandoned it after 3 chapters.