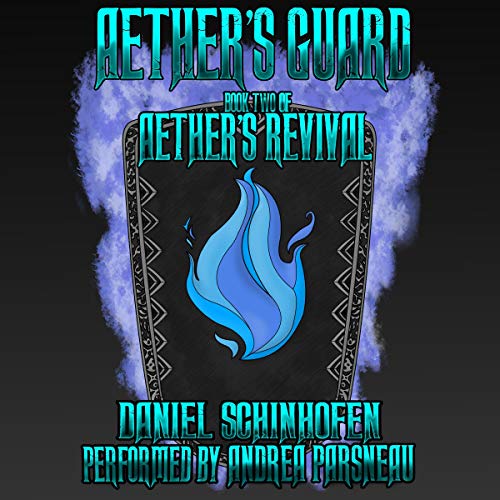 Gregory’s life changed when his aether sparked to life during the Age Day ritual. He left his old friends and his old life behind, and was taken to the Magi Academy to start training to serve the Vela Empire. Suddenly alone and out of place, he prepared for the worst.

When the beautiful novice, Yukiko Warlin, asked if they could be friends, his life changed again. After six months of duplicity from the people who they had thought of as friends, Gregory and Yukiko isolated themselves from all the other novices.

Gregory chose a path considered impossible for his training, Yukiko followed, pushing each other to strive ever harder. When Yukiko’s betrothal was annulled, the two friends were free to express the deeper feelings that had developed between them.

The first tournament for the novices was brutal on the two young lovers. Both of them were pushed to the absolute limit, but they endured. When they took the top two spots, their fellow novices dropped the pretense of friendship when neither would bow to the machinations of their peers.

Now, the rest of their first year stands before them. It’s become clear that they should join a clan, but where can they find one that would treat them both fairly and equally?

Good for a while but..

The first book was great, an underdog rising to the top without magic, getting into a relationship that complements both parties, and an interesting overall story.

The second book was.. Ok by comparison. They wanted to do more world building, but it's mostly just the MC's telling US stuff they've read.

They have the wedding to look forward to, and the trouble of keeping it out eachother pants until then. Darkness, the succubus living in his soul sets up some dream boning to tide them over, and the author describes those scenes. There's nothing wrong with a little bit of that, what annoyed me is that he described those, but left out the actual wedding night. The night that would have been a lot more impactful to the reader. That should have been reverse, imply the dream boning and describe the wedding night.

All that aside, the constant hints about this turning into a pointless, useless, unnecessary, unwanted, and stupid herem drove me nuts. Then there wasn't even a conclusion since the book ends on the wedding night.

A man and a woman can be friends without boning. It's possible, trust me. Why insert it here at all? I know Darkness is there, but she's more a ghost than a person. I realize him and everyone gathering around him are old souls that were probably with him when he was Aether, but that's the authors choice.

He doesn't have any attraction romantically to Jen or those 2 Juniors, and it's annoying that Yukiko (or however that's spelled) is the one setting this up. There is literally no one else in the book I can remember that also has a herem so why is she trying to set it up?

It frustrated me the entire book, and tainted my experience because I couldn't understand why it was even included in an otherwise solid story.

As much as I love this author all of his books are blurring together. All the female characters and the male characters all act the same. It doesn’t help that he’s using the same voice actress for all his books. One thing I really didn’t like is that they change the main girls personality a whole lot. She went from conservative to you can half as many women as you want. If they were to stick with just that one girl it would be all right but after a certain point if follows the same pattern. And another thing this book is way too long I understand it’s a slice of life but repeating the same action with slightly different conversations every single day for months is just annoying. At a certain point I just skipped chapters just to gets to something new. And the sex scenes were just awful. I honestly hope he gets over this style of writing fast or just come up with something new or go back to something that was old but this needs to change.

So.............friggin...............awesome. Less sexy times than other books by this author, but there is some, and the relationship development is ridiculously good. Buy this series now, as it makes you a better person.

This series doesn’t use fast highly-charged action: it’s more a steady slow-burning drama with brief moments of action. Likewise the magic system is detailed, and growth is slow. Even with some advantages, our MC has to fight for every gain. Further, all of the relationships in the story are slower paced as well, so each change therein is noticeable.

I enjoy how much detail the author uses in his books, and how the pacing (and content!) changes in each one. This series is like a slow dinner with good friends: the delight is in all the detail, and in the careful plot exposure. Each book’s content is another dinner course being served, with attention paid to everything, in order for all the nuances to be appreciated. The characters grow, their abilities and relationships grow, and new characters and understanding, are brought in to enhance the setting. It all makes for some powerful investment in the story. Readers will not just understand or accept where everyone will be in a few books’ time - they’ll have lived those experiences with the characters, walking with them to get there. The characters are richer and deeper for it.

There’s some sex in here too, but it’s definitely not the main part of the story. It appears appropriately due to the relationships. It’s also done tastefully, with some detail, and some “fade to black”.

Altogether this is a great series, and a welcome change from rapid-fire action. It’s not boring at all for that though, and the plot is a fun journey of discovery.

Definitely recommended (16+) and I can’t wait for the next book.

Daniel doesn't create anything new but still tells a great story.
Andrea is quite possibly the greatest narrator I've ever heard on Audible.
Not crammed full of needless sex scenes.
Respects the characters and world building.
A recommended series.

a good continuation of the first book, and im glad that the sex is keept to a super low/non existent, most more pleasant to lissen to when its soft things like kissing and cuddling.

again thanks for keeping the same narrator.

A great continuation to the series!

If you loved the first book you'll love this one. Daniel and Andrea make a great team!

ok but should leave romance to romance novelist. just creeps out the story. fortunately actual story is good enough to justify the credit

One of the MC's kept saying that certain questions would be answered after a big event at the end of the book. Unfortunately after that event, the book just ended. It would’ve been better off to mention those questions maybe once or twice in the book instead of 10 to 12 times in the book. This made me very disappointed that none of those were answered. Other than that a fantastic book.

the romance was adorable, the fights were nail biting, and the weird elder made me laugh almost every time. thank you for sharing your story and bringing such joy.

Its boring.
All the enemies have the same character.
There is no male character in the book besides greg that is nice to other people that goes to the school.
The law is stupid .
The school system is horrible.
The clan system is dumb.
Im really disappointed huge fan of daniel schinhofen and i have to say this is his worst book.
Probably not gonna buy the next book.