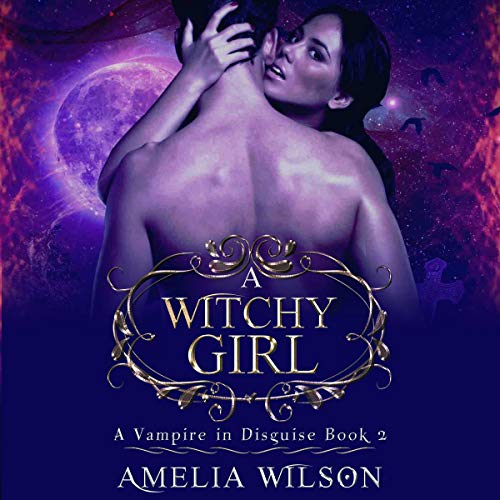 Will her prediction become a reality?

Betraying his clan has never been a possibility for Avice Selleck. But with his hand clasped to Yarra’s, he knows that redemption is not a possibility. He is now an outcast, keen on being with the woman his mother wanted assassinated.

Yarra has questions of her own too. Why is Alicia Selleck, the leader of the clan, intent on having her killed? What secrets and resentments does she harbor towards Yarra?

As the two lovebirds escape into the night, they find themselves reuniting with one of Avice’s old friends - one who shares the same fate of banishment as he does. To Yarra’s surprise, Avice’s mysterious friend also holds the very key to unlock her past.

With the Keeper of the Blades hot on their pursuit, Yarra and Avice must rely on each other to survive.

Yarra has already seen the future - a happy ending with Avice. But now, she must work towards it. Will her prediction become a reality?

Warning: This audiobook contains adult language. Not suitable for listeners under the age of 18.

This was an interesting story. This is the second book in the series and I do recommend reading/listening to the first one prior to picking this one up. This one picks up right after the first one ends with our main characters Avice and Yarra on the run from his clan and his mother. He loved Yarra too much to kill her and they are looking to escape the death warrant now on both of their heads. There were some things that pull you out of the story a little bit between word choice and sentence structure just feeling a little jarring. But there is a lot of potential for this story/series and while there were instances of that, it wasn’t over the top or all the time. I do wish that some plot points had more details and were given more time to fully satisfy how things happened rather than the speed at which they were. It made them feel a little glossed over, even though just a little more in how things happened would have added a lot to the story. With this being said the story was still interesting and held my attention throughout and I will be listening to the next one as well.

I like the story I just wish I could have gotten book 1first. I won't complain as I got the book free from the author